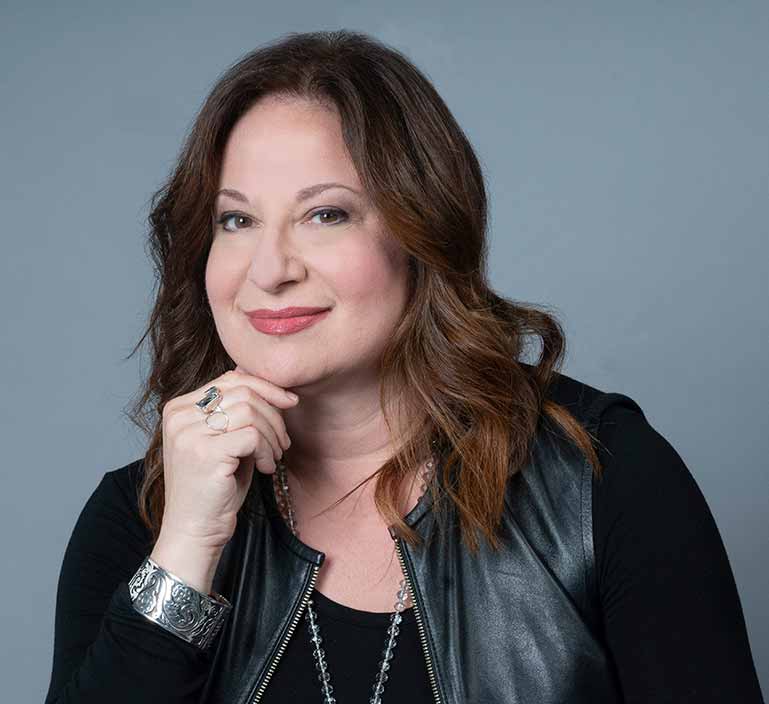 Jenny Bilfield is the President and CEO of Washington Performing Arts. Based in Washington, D.C. and founded in 1965, the organization has long been one of the nation’s preeminent multi-disciplinary arts presenters and was the first organization of its kind to receive the coveted National Medal of Arts, conferred by President Obama at the White House.

Bilfield has positioned Washington Performing Arts as an important incubator of imaginative mainstage, community, and education programs and a commissioner of new works and productions—a hallmark of her career. The organization’s growing portfolio includes Sila: Breath of the World by John Luther Adams (co-commissioned with Lincoln Center); Six Partitas for Hilary Hahn by Antón García Abril; a new production of Olivier Messiaen’s From the Canyons to the Stars with direction and photography by Deborah O’Grady (co-commissioned with the Los Angeles Philharmonic, St. Louis Symphony, Sydney Symphony, and Cal Performances at the University of California, Berkeley); a re-imagined production of Scott Joplin’s Treemonisha, by Jessie Montgomery and Janina Norpoth (produced by Volcano Theater and co-commissioned with Stanford Lively Arts); and Dreamers by Jimmy López and libretto by Nilo Cruz (co-commissioned by Cal Performances at University of California, Berkeley and University Musical Society).

A tireless champion of new work, Bilfield’s tenure as Artistic and Executive Director of Stanford Lively Arts and Artistic Director of its successor, Stanford Live, was distinguished by more than 25 commissions and innumerable collaborations with faculty, students, and regional partners. As President of the North American division of international music publisher Boosey & Hawkes, Bilfield advanced transformative acquisitions and creative initiatives that grew revenue and profile for the composers and company. As Executive Director of the National Orchestral Association and founder of the New Music Orchestral Project, she launched 48 new American orchestral works through readings and premieres at Carnegie Hall and the Manhattan School of Music. She has also guided the creation of breakthrough projects and festivals. She was a member of the core planning team for Stanford’s 842-seat Bing Concert Hall, which opened in 2013. At Boosey & Hawkes, she took the lead on high-visibility, composer-focused initiatives, notably The Stravinsky Project, Steve Reich @ 70, and the international Copland 2000 celebration. Most recently, at Washington Performing Arts, she has spearheaded high-impact community arts programs like Mars Arts D.C.; large-scale performances such as Of Thee We Sing, the 75th anniversary celebration of Marian Anderson’s historic performance on the steps of the Lincoln Memorial; and convened a multi-partner collaboration for the revival of Step Afrika’s The Migration: Reflections on Jacob Lawrence, which brought together other local institutions like The Phillips Collection and the 11th Street Bridge Park. Additionally, Bilfield launched the citywide SHIFT: A Festival of American Orchestras in partnership with the John F. Kennedy Center for the Performing Arts, bringing orchestras from all over the country to Washington, D.C., for an immersive week of free and low-cost performances and residencies around the city.

Bilfield’s deft skill and instinct for cultivating partnerships and consensus building can be seen across fields, from higher education to arts presenting and commercial music publishing. She was critical in shaping Stanford University’s cultural presence in its community, evolving the organization into a dynamic arts producer. Prior to joining Stanford, Bilfield built a reputation for specialized work in the strategic management, promotion, and presentation of contemporary music and cutting-edge artists at Boosey & Hawkes, where she served on the international management team that led the company’s public-to-private transition. At Washington Performing Arts, Bilfield’s vision is helping transform the organization’s business model from presenter to producer of unique-to-Washington, artist-driven experiences across a range of programming. During her tenure, Washington Performing Arts has launched a Junior Board, modeled after its full Board of Directors, aimed at cultivating a younger generation of philanthropists and arts leaders; and is underscoring its historic commitment to equity, diversity, and inclusion through an organization-wide Project Equity initiative.

Her commitment to the field has extended to board positions at the American Music Center and League of American Orchestras. At ASCAP, she was elected to the Board of Review and also served on the Symphonic & Concert committee. She is currently a member of the Board of Chamber Music America and on the Creative Spirit Award Committee for the University of Pennsylvania. In Washington, D.C., she is a Trustee of the Federal City Council, a member of the Education Committee of the Economic Club, and sits on the Steering Committee for ArtsActionDC and National Capital Arts and Cultural Affairs Consortium. Bilfield is a member of the 2020 class of Leadership Greater Washington and is an alumna of the 2016/17 National Arts Strategies Chief Executive Program. She is also proud to be an Honorary Commander of the United States Air Force Band.

Her many contributions to the arts have been acknowledged with a number of awards and recognitions, including ASCAP’s Adventuresome Programming Award and the Helen M. Thompson Award for orchestra leadership from the League of American Orchestras. She has been praised as one of nation’s 30 Key Influencers in the Arts: Movers and Shakers by Musical America. Her programming at Stanford Live was included in the San Francisco Chronicle’s list of the top 10 Notable Classical Music Developments of the Decade. Since arriving at Washington Performing Arts in 2013, Bilfield has three times been recognized by Washingtonian magazine as one of the Most Powerful Women in Washington (2013, 2015, and 2017).

Bilfield began playing the piano at age three and later received training with principal teachers including Walter Ponce and Harris Goldsmith, as well as Sylvan Levin (Associate Conductor to Leopold Stokowski at the Philadelphia Orchestra). She began composing at age ten, and pursued studies with Edward Bilous, Jay Reise, and Samuel Adler. Bilfield attended Manhattan School of Music Preparatory Division and graduated from the University of Pennsylvania with a BA in Music at age 20. She and her husband, composer Joel Phillip Friedman, have a daughter, Hallie, a student at The Hartt School/University of Hartford. They live in Washington, D.C., with their two parrots.