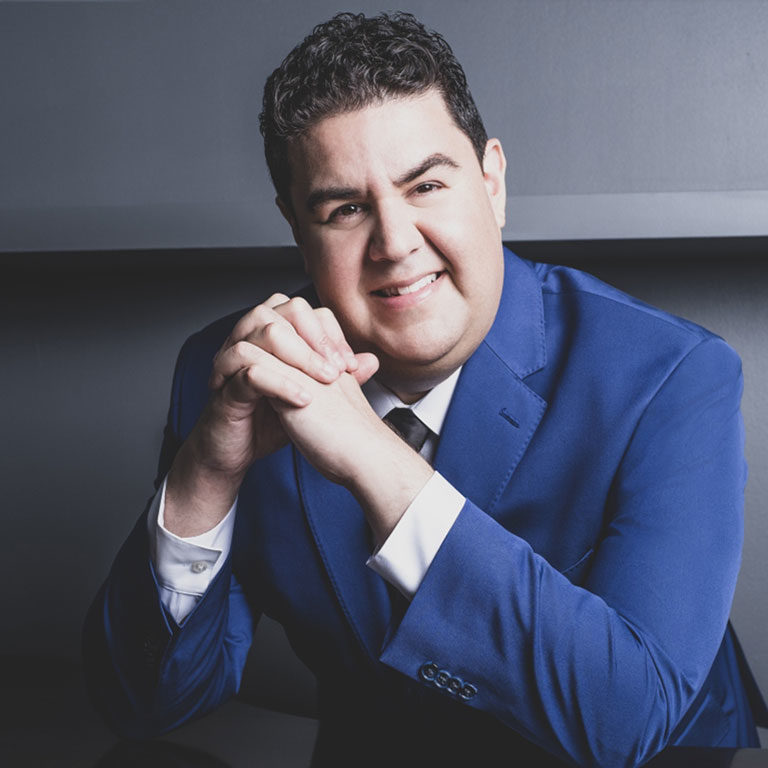 Praised for his versatility, technical clarity, and keen musical insight, Tito Muñoz is internationally recognized as one of the most gifted conductors on the podium today. Tito previously served as Music Director of the Opéra National de Lorraine and the Orchestre symphonique et lyrique de Nancy in France. Other prior appointments include Assistant Conductor positions with the Cleveland Orchestra, Cincinnati Symphony Orchestra, Cincinnati Chamber Orchestra and the Aspen Music Festival. Since his tenure in Cleveland, Tito has celebrated critically acclaimed successes with the orchestra, among others stepping in for the late Pierre Boulez in 2012 and leading repeated collaborations with the Joffrey Ballet, including the orchestra’s first staged performances of Stravinsky’s Rite of Spring in the reconstructed original choreography of Vaslav Nijinsky.

Now in his seventh season as  Music Director of the  Phoenix Symphony, he champions the composers of our time through expanded programming, commissions, premieres, and recordings. A passionate educator, Tito regularly visits North America’s leading conservatories, universities, summer music festivals, and youth orchestras.