I recently received a letter from a violist in a Texas orchestra who submitted their letter with the moniker “Pissed Off Violist”.  They had a great deal to rant about:

Thank you for your multiple articles on the unbalanced salary issue with Executive Directors and Music Directors.  I am a violist in a medium sized full time orchestra and I resent not only the difference in my salary and our conductor but also the unbalanced attention. When our conductor comes on stage, it is HIS concert, and he lets everyone know it. Our Executive Director refers to us as HIS orchestra as well.

We the musicians are poorly represented with this attitude. There would not be and orchestra to conduct or lead with out the 70+ people on stage actually DOING something!  At orchestra meetings attended by board members, we are treated as stupid children who don’t really understand what it takes to run a symphony.  And when we attempt to offer our opinion or ask questions we’re given excuses to why our idea won’t work and then excluded from the conversation.  It’s patronizing being treated this way when they asked us to participate in the first place.

Most people don’t come to just watch a conductor, they want to hear the music and watch the whole orchestra. I feel we, the players, are the vehicle to the real star, the music.   I heard a radio interview of Michael Tilson Thomas recently where he said ” when I performed the Adagietto from Mahler 5 ”  He doesn’t perform anything, he just conducts.  The players perform the music.  He never even mentioned the players.

And when our executives and music director go out to represent the orchestra to big donors and board members, they need to remember that they are representing the entire orchestra and the music we create – not their own special interests, career advancement, and ego.

We’re treated like skilled labor with no regard to our education, training, and talent.  It makes me so upset that it affects my attitude and enthusiasm toward playing.  I just realized this past season that I find myself thinking about how many ways I can screw over the orchestra managers like they screw us over as I am about making music.

So to all the future Executives and Conductors out there: remember, music was never about you, and should never be. The moment you take the credit for the 70+ musicians making the music by accepting these huge salaries, is the moment you start killing your orchestra!

Now it’s certainly nothing new for musicians to complain; if anything, it shouldn’t come as a surprising byproduct from professionals that spend a great deal of their career being artistically critical of themselves, their fellow musicians, and as the target of professional criticism.  Consequently, it isn’t unusual to see similar levels of criticism extend to other portions of their workplace environment. 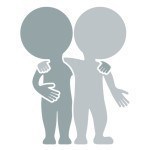 Unfortunately, ranting and raving rarely gets much accomplished in this field because managers typically filter out your entire message once they are hit with the blunt force of the delivery method.  However, there’s a way to listen to this sort of ranting productively.

I remember back to my time as a student at Interlochen when I had to play under some pretty tyrannical old-school conductors.  They would shout obscenities, stomp around on the podium, and essentially carry on like a petulant little king while working with the ensemble.  And to a group of teenagers it’s absolutely frightening they get overwhelmed and shut down their listening skills.

I approached my private teacher at the time, Jerry Young about how to deal with this.  His advice has stuck with me ever since then.  He said,

Just filter out the volume, verbal abuse, and insults and determine what they are asking for.  There’s a message in there somewhere when they shout “Can’t you idiot’s just play at the right time!”  That means as a section, you aren’t counting properly or coming in at the correct time.  You need to look at your part and determine what in particular that is.  Don’t take the way they deliver the message personally, they just like to yell.

That was professionalism at it’s finest.  What I learned was to not tone out the message simply because the method of delivery is rough and to not take things personally.  In the end it was still my job as a musician to play the part the right way as the conductor wanted me to play it.  I didn’t have any business trying to change the way the individual conductor behaved, there was nothing I could do anyway.

This is a lesson quite a few managers need to learn when having to deal with frustrated musicians.  Allow me to extract the important points from “Pissed Off Violist’s” angry letter above:

And regardless if you agree or disagree with our violist, it’s a manager’s job to listen to these complaints and take them to heart.  Sometimes it’s an easy fix but sometimes it takes a change in behavior.  In the end, managers and music directors are going to have to take some of the advice I learned from my teacher years ago: you need to be willing to do what you’re being asked to do without personal injury or insult.  Once that begins to happen the method of delivery will begin to soften and relationships will improve.

Anger and fruition eventually subside when they begin to see that you really are listening and actually doing something to solve their problems instead of only paying them lip service or offering excuses even if they’re legitimate.  Sometime s you’ll run into people that will always complain in an angry fashion, but it doesn’t matter.  It’s still the job of a manager to listen and work until the actual problem is solved, that’s what the musicians are relying on.

Seeing Past The Anger

714 min
X
Unemployed In San AntonioExecutive AffairsThere has been some good news coming out of the San Antonio Symphony administrative offices lately, such as the announcement last month that they will…
Send this to a friend