It’s tough to imagine this year’s report could top the $5,110,538 Dallas Symphony Orchestra bombshell from 2016, and at the risk of burying the lead, that’s exactly that case. Having said that, there are more than enough fascinating developments to examine.

In order to provide information that is as accurate as possible, info from the 2014/15 season is gathered from the following sources:

Also missing from the figures are expense accounts, lodging expenses, and other perks; as such, the cumulative compensation for music directors may or may not be more than what is listed. Additionally, the documents used to gather figures do not indicate how much of the season an individual received a salary. As such, excessive adjustments in the percentage change from the previous season’s compensation may be artificially adjusted. Although the music director compensation figures include the combined amounts reported as what the IRS classifies as “compensation” and “contributions to employee benefit plans & deferred compensation,” each orchestra does not always report figures for the latter category.

Unlike executives, concertmasters, and musicians, music directors are sometimes employed as private contractors. In these cases, orchestras will list the music director among the five highest paid private contractors as opposed to sections devoted to employee compensation. In most of these instances, no information about benefits or deferred compensation is available.

In instances such as these, those figures have been combined into a single figure in the table below. For details about each individual conductor’s compensation, please consult the orchestra’s respective IRS Form 990.

* Fun Fact: this is the first time a music director at this orchestra earned more than $1mm. 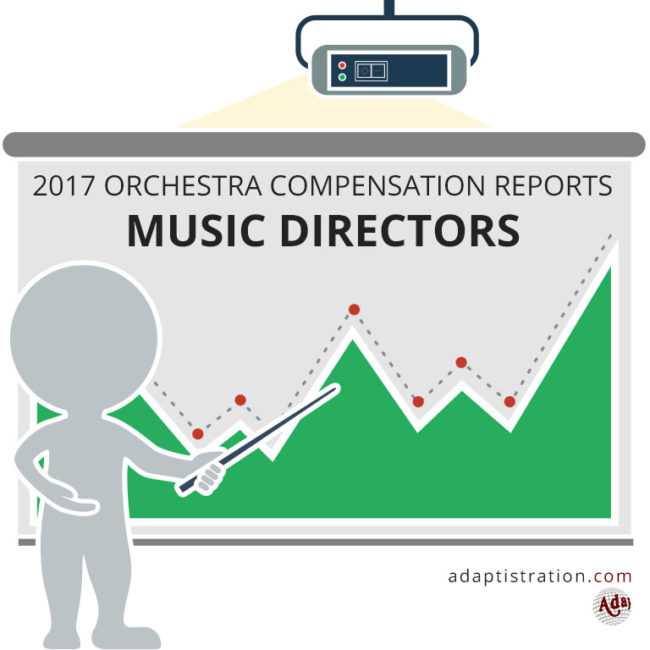 Although Spokane is a regular in the “Not Reported” group, Boston Symphony and Houston Symphony both have a long history of reporting music director compensation. What’s interesting in both groups is the 2014/15 season was the first full season for both of their respective music directors. Keep an eye out for updated information after each of these groups are contacted for clarification.

One particularly intriguing scenario among the “not reported” figures is the National Symphony Orchestra.

For context, the 2014/15 season was then music director Christoph Eschenbach’s final season. During his tenure with the orchestra, he was regularly among the Top 10 highest paid music directors in the country; in fact, the organization’s 2013/14 990 reported he was paid $2,274,151 as an independent contractor.

According to the Kennedy Center’s Form 990, the lowest amount among their five highest paid independent contractors during the 2014/15 season was $2,709,973 (Restaurant Associates Inc. for catering services). Consequently, in order make it into that top-five threshold, Eschenbach would need a 20 percent increase over his previous season’s compensation.

As it turns out, it’s entirely possible he didn’t earn enough to be included in that group and since he isn’t compensated as an employee, the organization isn’t required to list it alongside those figures in Schedule J. Instead, they are only required to list the total number of independent contractors beyond the top five who earned $100,000 or more (for the record, the Kennedy Center reported “79” for that value).

It May Not Be $5mm, But A 48.5% Increase Isn’t Exactly Chump Change Either

It may not be $5,110,538, but Dallas Symphony music director Jaap van Zweden’s $2,657,139 is worth a second look in that it is still 48.5 percent more than what the organization stated as music director salary for the previous season: