When it comes to executive compensation, the 2013/14 season was the first in a while where a number of the traditionally highest paying executive positions which went unfilled for a number of years were finally occupied. As a result, this year’s reports produced a more realistic average compensation figure for this particular group of stakeholders. To that end, the average executive compensation increased at more than twice the rate of average total expenditures. 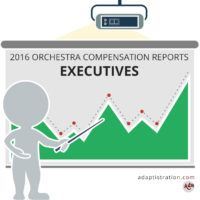 In order to provide information that is as accurate as possible, info from the 2013/14 season is gathered from the following sources:

It is important to remember that the numbers shown do not always convey a complete compensation picture. For example, an executive director may have had a large increase in salary due to a severance or deferred compensation package owed when the position was vacated. Additionally, the documents used to gather data do not indicate how much of the season an individual received a salary. As such, the cumulative compensation may artificially inflate annual earnings. Conversely, reported figures may not reflect bonuses or other incentive payments, therefore underreporting what executives may actually earn. As such, the cumulative compensation executives may differ from what is listed.

For example, the CEO’s in San Antonio, Milwaukee, Cincinnati, Dayton, and Utah all received increases in excess of twenty percent and all but two of those groups have turned over CEO’s since the 2012/13 season. The executives in Boston and Pittsburgh also managed to garner increases in excess of 20 percent. Executives at the Atlanta Symphony, Cincinnati Symphony, Houston Symphony, New York Philharmonic, Pacific Symphony, Rochester Philharmonic, San Diego Symphony, and Santa Rosa Symphony all managed to acquire between 10 and 20 percent increases.