When it comes to executive compensation, the 2014/15 season witnessed one key benchmark in the form of the highest ever severance payout to an executive. After filtering out that anomaly, the average executive compensation increased by approximately four percent and you were the only stakeholder group to experience an average increase.

In order to provide information that is as accurate as possible, info from the 2014/15 season is gathered from the following sources:

It is important to remember that the numbers shown do not always convey a complete compensation picture. For example, an executive director may have had a large increase in salary due to a severance or deferred compensation package owed when the position was vacated. Additionally, the documents used to gather figures do not indicate how much of the season an individual received a salary. As such, the cumulative compensation may artificially inflate annual earnings. Conversely, reported figures may not reflect bonuses or other incentive payments, therefore underreporting what executives may actually earn. As such, the cumulative compensation executives may differ from what is listed. 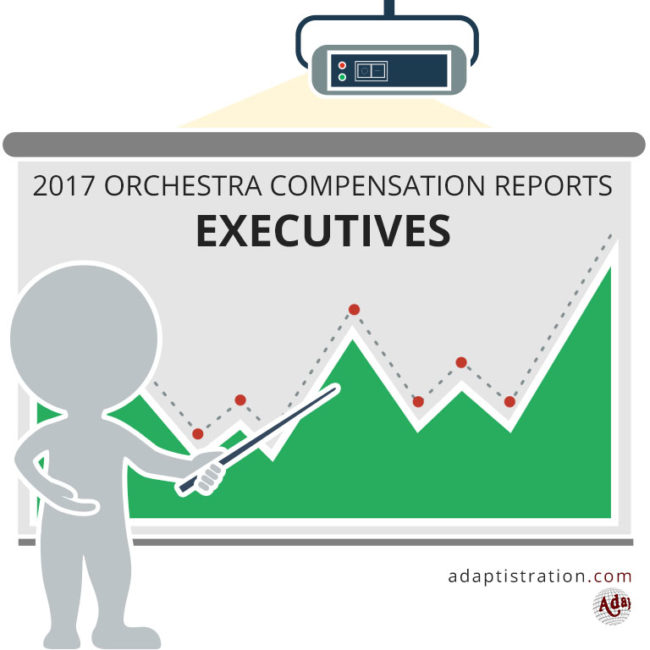 The one item stands out above all others in the form of the Minnesota Orchestra’s 145.35% increase in executive compensation.

For the sake of context, the 2014/15 season is when the organization emerged from its season long work stoppage. In what may perhaps be best described as an internal power struggle between then President & CEO, Michael Henson, and returning Music Director, Osmo Vanska, the latter ended up continuing his tenure. Having said that, the 990 makes it clear that he took a large part of the organization’s annual expenditures with him.

Currently, this is the heaviest golden parachute recorded since the reports began in 2005.