Amidst all the lowest common denominator labor disputes over the past several years, it feels like a genuine reprieve to watch things unfold at the Nashville Symphony Orchestra (NSO) where the organization is navigating difficult financial issues with lenders while simultaneously entering into a collective bargaining agreement negotiation. If it were just about any other group, those two occurrences would all but assure an ugly Detroit style institutional evisceration. 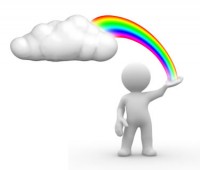 Fortunately, Nashville is setting a much different tone.

The 4/1/2013 edition of the Nashville Business Journal published an article by Jamie McGee that focuses on what borders on cheery NSO labor relations.

In a statement today, the musicians association described its relationship with the symphony staff and board as “enviable” compared with other symphonies and said it does not plan to publicly discuss its financial negotiations until a conclusion is reached on the symphony’s refinancing plan.

“We realize that we will not escape a discussion about the current economic position, but we will do so in a professional, respectful and considerate manner behind closed doors,” the association said in the statement.

It was a pleasure talking to McGee about just how beneficial it is for orchestras in today’s operating environment that invested in developing positive labor relations based on mutual earned respect and I hope this is something the traditional media continues to follow.

At the same time, everything will continue to unfold in its own way and there’s no way to accurately predict where it will end up. Nonetheless, the NSO is certainly better off for cultivating stakeholder relationships and it is a relief to see an institution resist the easy way out by taking the fight internal.

2 thoughts on “A Breath Of Fresh Air From Nashville”