Back in February, 2016 Chattanooga Symphony & Opera concertmaster Holly Mulcahy published the first article in what ended up becoming a series at Neo Classical about a program she started to bring classical music into a prison. She wanted to see if the music could heal, change lives, and inspire. 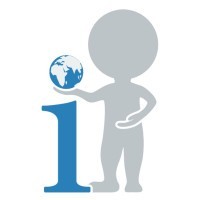 She partnered with Alan Bonderud and Steve Hawkins, both of whom serve as mentors at Walker State Faith and Character Based Prison. Together, along with the support of several supporters, the trio put together a program that used a performance event as a medium for people to access emotions, use music as a coping mechanism, and a way to offer a new outlook.

The pilot program was an enormous success and the subsequent event recently transpired.

One of the most fascinating aspects of the program is just how much of a positive impact the events have on inmates. In addition to what Mulcahy recounts from her first-hand observations, her program partners also help design and process feedback surveys completed by each inmate attending the events.

The surveys are well crafted and being in a unique position to review inmate responses, I can’t underscore just how profound and sincerely touching they are.

Mulcahy’s latest article, What Prisoners Taught Me About Music Appreciation, excerpts a number of uplifting and stirring observations.

Many prisoners said they never had the opportunity nor could afford attending concerts prior to being incarcerated. But there was a distinct appreciation, a palpable need for keeping live music in their lives.

Talking with prisoners after the performance it was said again and again: “I didn’t know I needed this until now,” and, “I wished I knew about this type of music before.”

Not only is this entire series inspirational, but it goes a long way toward reinforcing the intrinsic value of classical music. At the very least, it is a wonderful resource next time you find yourself in one of those stereotypical justification type of conversations.

But the part I keep coming back to is how meaningful everything becomes when you strip away pomp and pretense and make an event about the people attending.

You can find the series archive here.

X
Monday InspirationCommentaryIf you're still feeling a bit down, I highly recommend taking the time to read a letter written by Wayne Shorter and Herbie Hancock from the early par…

Friday Inspiration: "What Prisoners Taught Me About Music Appreciation"

482 min
X
“…how the call for artists to be more entrepreneurial can very quickly be levera…CommentaryToday's title is an excerpt from Joe Patti's 12/6/2016 blog post. It examines a recent decision by Kentucky Governor, Matt Bevin, to dismiss ¾ of the …