Show of hands, who’s guilty of telling someone who doesn’t attend concerts regularly one piece or another is “too much” for a new listener? I certainly used to be that way. As a product of early 90s conservatory programs, the whole “great art” thing was practically spliced into our DNA. Fortunately, not all the professors bought into that nonsense and the seeds they planted ultimately grew into waking up one day to realize that stuff was just a bunch of bunk. 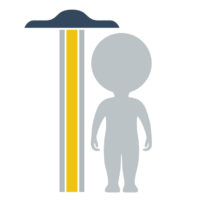 How often do you get caught up in that trap?

When you think about it, the right/wrong piece syndrome intersects so many areas for each stakeholder.

Managers who write marketing copy and program notes have a veritable mine field of places to make a wrong step. Musicians interacting with new listeners are automatically in a position of authority and hinting too much one way can cost a potential core audience member.

Holly Mulcahy published something on this very topic recently at Neo Classical. It goes beyond surface level rants to offer up some healthy insight.

Are seasoned classical music concert goers unwittingly segregating concerts they deem appropriate for their newcomer friends? It doesn’t help when orchestras themselves regurgitate the same statement that “We have to program Tchaikovsky or Beethoven because our audiences don’t know Britten, Rouse, Schoenberg.”

One of the reasons I like getting newer works out into the concert realm is because living composers (or recently living composers) are hearing the same noises society is experiencing. CNN blaring, email and text alerts, political noises, and fast paced global issues, are just examples.

It’s a good way to end your week on something positive and motivating.

Read “Do you need a prerequisite to enjoy classical music?” at Neo Classical
FacebookLinkedInEmailCopyPrint