Norman Lebrecht published an interesting post at slippedisc.com that notices the trend in conductors holding multiple titled positions is in no danger of going away; at least in North America.

We used to include pointing out conductors who held positions at multiple orchestras as part of the annual music director compensation reports but over the years, it has played a reduced role. 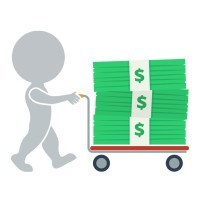 For example, if a conductor holds positions at two other orchestras, is it prudent for the board to approach setting compensation in a vacuum (i.e. competitive peer comparison) or take those issues into consideration.

It’s still common for organizations to avoid quantifying specific compensation amounts and/or percentages for artistic and non-artistic music director duties and responsibilities so it isn’t difficult to see how much more complicated the task of setting compensation becomes if a candidate holds multiple posts.

How do you think executive boards should approach these questions?