It’s just over six months since the last time we examined the value of improving workplace satisfaction which means it is high time to see where things are related to your efforts on increasing the quantity and frequency of reviews from arts administrators and staffers about their respective institutions at GlassDoor.com.

This time around, we’re going to go in reverse order and start things off with opera organizations.

Let’s get right down to the numbers and see how each group fared. The maximum score for any group is 5.0.

Your efforts to improve workplace satisfaction transparency continue to bear fruit within the opera field; as such, it is more important than ever to continue in this direction. The more you contribute, the better positioned you’ll be at implementing positive change by making sure more opera managers are aware that something like GlassDoor.com exists and can be used by both current and former employees.

To that end, be sure you reach out and encourage your colleagues to leave reviews for their respective employers; it will only help accelerate progress. 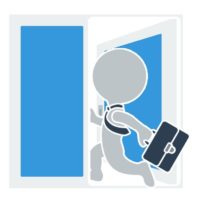