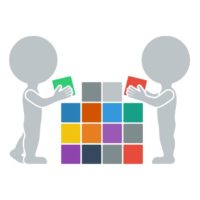 Audience surveys have been around for ages but most I come across are still rooted firmly in an old-school approach that relies on a certain level of understanding on the part of respondents in order to be effective. But there’s value in considering an approach that relies more on narrative driven questions.

Narrative driven questions combine description and explanation of personal experiences in order to understand or explain reactions and behaviors, or to help someone like a respondent connect with responses in a more meaningful way.

As an aside: yes, the following example uses a political survey, but this post isn’t about politics. Five years ago, I wouldn’t have felt the need to make this point, but things change. I chose this survey because it is an excellent contemporary example of narrative driven survey techniques presented with an effective user interface. I hope anyone following the survey link will look at it through the lens of today’s topic: helping performing arts organizations create better surveys.

Response choices are presented as fill-in-the-blank options for a narrative driven topic question. Here’s how the survey presents a question about the topic of fracking:

Fracking has contributed to a boom in U.S. oil and gas production in the past decade, but it can affect the environment through groundwater contamination and continued reliance on fossil fuels. The U.S. should _______ fracking.

The respondent selects from a list of responses to complete the narrative. This question, and others in the survey, do a good job at placing equal amounts of value in learning as much as teaching. Key to this is finding shared understandings of the subject material and arriving at a response that builds confidence. To that end, did you notice there wasn’t a question mark anywhere near that survey question?

I’m curious to know if anyone has been actively incorporating this technic into their own efforts. If so, I’d love to see what you’re up to and learn more about your results compared to traditional survey question creation.