Even though I’ve been working to debunk it for the past several years with a mountain of research, one of the strongest stereotypes about tech adoption and demographics persists to this day: older patrons don’t use tech.

One of those research resources, the Pew Research Center, published an article on 1/13/22 by Michelle Faverio that quantifies how important the online space is to all demographics (h/t Ceci Dadisman).

Their latest installment of digital technology adoption across demographics surveyed 1,502 U.S. adults from Jan. 25 to Feb. 8, 2021.

Pew Research Center has a history of studying digital technology adoption. For the new material in this report, the Center surveyed 1,502 U.S. adults from Jan. 25 to Feb. 8, 2021, by cellphone and landline phone. The survey was conducted by interviewers under the direction of Abt Associates and is weighted to be representative of the U.S. adult population by gender, race, ethnicity, education and other categories. Here are the questions used for this report, along with responses, and its methodology. 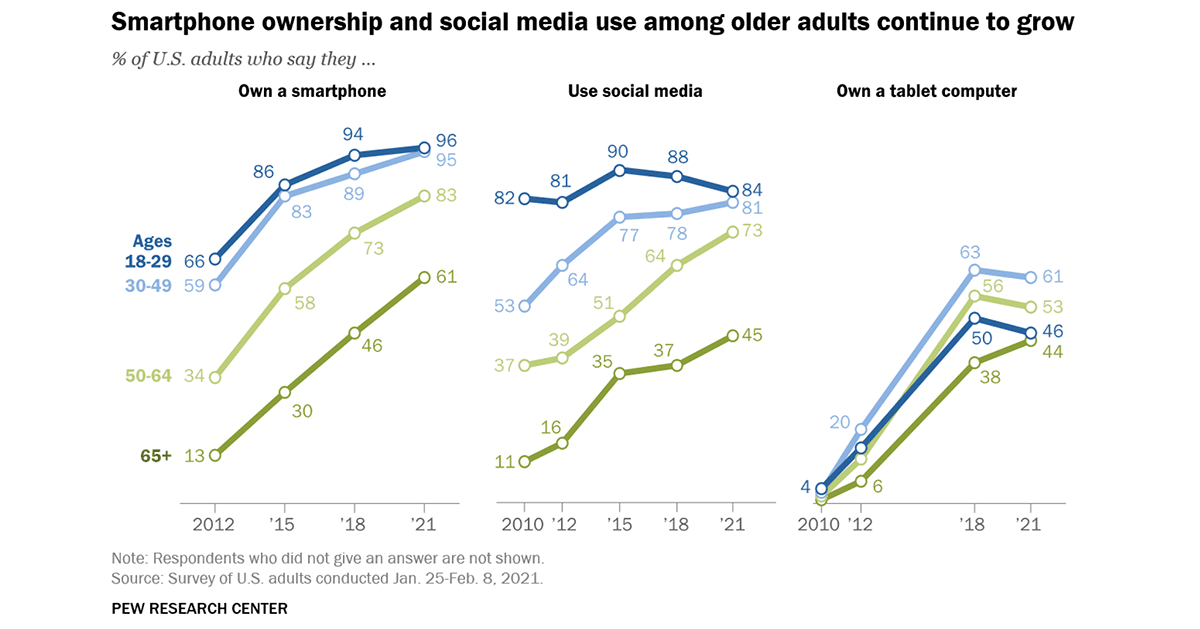 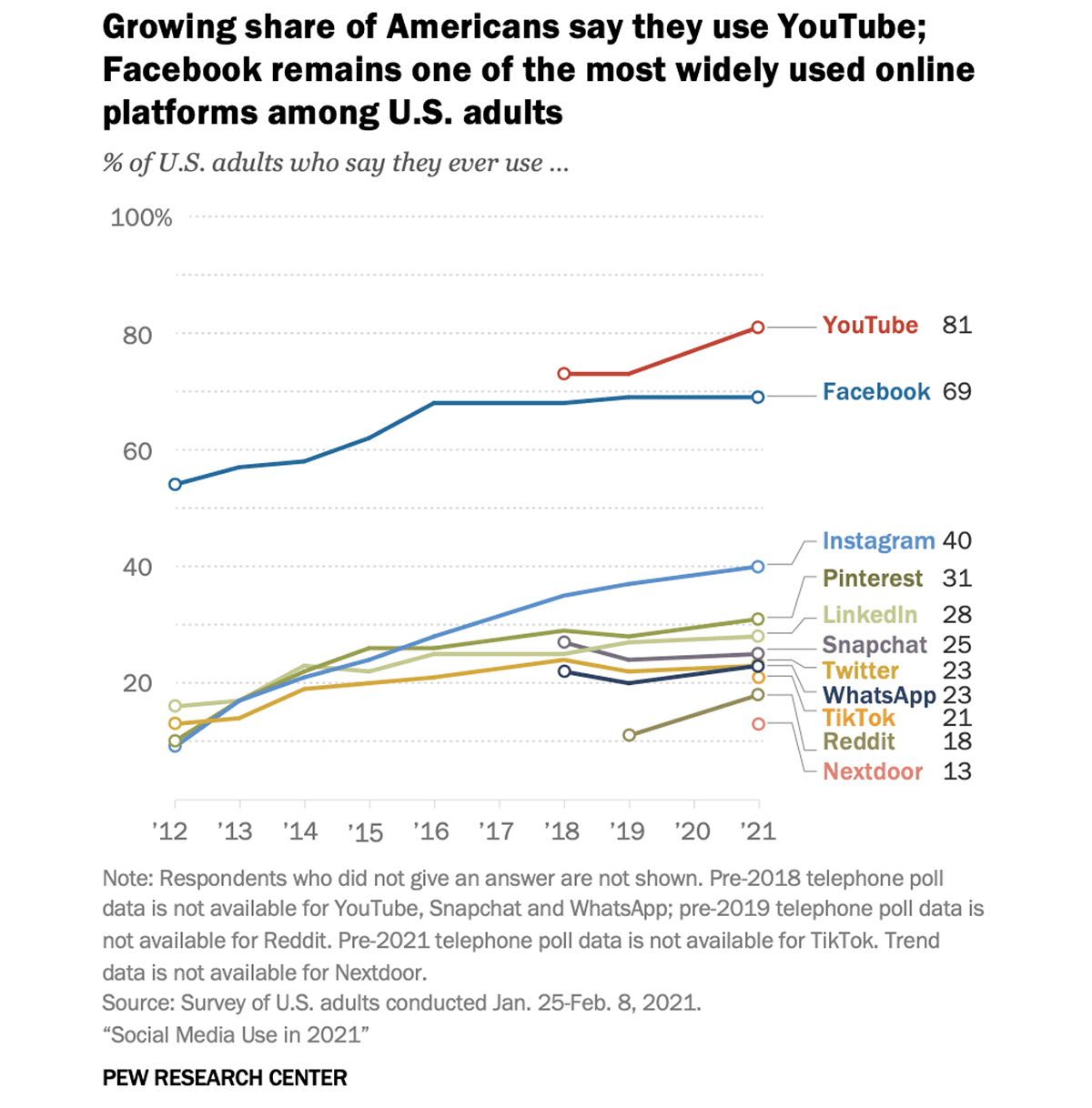 Read the full article for even more insight.

X
How Much Is Your Org Relying On Text Based Communications?…MarketingWhether it's straightforward marketing messages or something transactional, text messages are a value tool in the larger communications kit. But just …

The Latest Reminder That Tech Adoption Isn't Limited To Millennials