I recently found two orchestras that are actively implementing an idea that I’ve been advocating here for awhile: marketing to the under 30 demographic.  Conventional wisdom in this industry states that it isn’t worthwhile to market toward a demographic that is expensive to attract and notoriously fickle in their tastes.

But I don’t always buy conventional wisdom; I find that all too often it allows an organization to become self satisfied and no longer work to its maximum ability.  In essence, it creates a follower mentality, which in this business results in nothing more than a slow and painful demise. 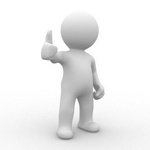 I spoke with Rob Piilonen, the Audience Development and tsoundcheck Coordinator for the Toronto Symphony about their tsoundcheck program (the “t” is silent).  The Toronto Symphony tsoundcheck program is designed to offer $10.00 concert tickets to registered uses in the 15 29 demographic.  Unlike rush tickets, these seats are intermixed among the high quality seats throughout their concert hall.   The majority of their program members fall in the 24-26 year old range.

Rob says the program began three years ago and since then they have enrolled 15,000 patrons and those individuals constitute about 15% of the total audience for any given concert where tsoundcheck tickets are offered.  Although they don’t offer tsoundcheck tickets at all of the Toronto Symphony concerts, they are provided for more than 70% of their entire season.  In addition to the lower ticket cost, tsoundcheck members have exclusive special promotions and receptions for their members.  In particular, they have two large events per season that feature a live jazz band, refreshments and interaction with orchestra musicians and staff members.  This year they even gave a tsoundcheck member a refurbished used Toyota in a raffle.  Cool; go to the symphony, win a car.  I wonder if it came with any free Toronto Symphony CD’s?

Rob went on to say that they can also track donations from tsoundcheck members separately from standard orchestra patrons.  This month the orchestra secured their first corporate sponsor (which they are not able to reveal just yet).This new sponsor will allow them to expand the program without incurring any additional financial losses from standard ticket sales.

I also spoke with Michael Buckland, Director of Marketing and Communications for the Nashville Symphony.  Interestingly enough, Michael actually created the tsoundcheck program in Toronto where he worked prior to his position in Nashville.  So it’s no surprise that he instituted the same Sound Check program in Nashville (albeit they leave off the silent “t”).  Even though their program is younger than Toronto they have still managed to draw in 1,300 active members.

It works nearly the same way as it does in Toronto; enrolled members may purchase up to two $10 tickets that seat them among the best locations in the concert hall.  Nashville currently offers Sound Check tickets for a slightly larger percentage of concerts than does Toronto.  Michael says that he would like to begin expanding the program to include more “social” opportunities for Sound Check members.  He would also like to see student representatives for the program throughout Nashville’s local colleges.

Critics of this type of marketing imitative say that older patrons become annoyed at having to sit near younger patrons, but neither orchestra has experienced this problem.  And honestly, what would you expect; that the frat brothers from Animal House were going to show up and start a food fight?  On the contrary, both orchestras have mentioned that older patrons are very receptive and happy to see the younger patrons throughout the hall.

These programs are an example of dynamic analysis at its best.  They are looking beyond the financial numbers in the here and now and presenting these programs as an investment in their future.  By bringing in the younger audience now and allowing them to make the orchestra a meaningful part of their lives, they will continue to retain them throughout their 30’s when they begin having children.  In turn they’ll start to bring those children to concerts and exposing them to orchestral music at a young age.  And it only gets better from there.

By marketing to this underdeveloped demographic these orchestra are achieving several critical objectives simultaneously:

I want to stress that a key component to these programs is the $10.00 ticket price.  Without providing the means to invite this new audience to the concert hall the program won’t work.  Just compare the numbers between these programs and that of traditional rush tickets.  Both orchestras have seen an increase in sales over those of rush tickets.  Perhaps rush tickets are not dead, but perhaps this is the beginning of the end.

It takes a seemingly brave and adventurous soul to embark on something as “risky” as an investment in this industry.  Hopefully these two ensembles will provide some courage for the remaining tepid orchestra managers out there and we’ll see this program established in all of our orchestras.

A new audience in Toronto and Nashville

263 min
We All Need To Go See A Psychologist