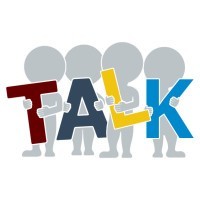 Welcome back to Part II of our interview with Marianne Lockwood, the Executive Director for the Orchestra of St. Luke’s.

St. Luke’s tends to run their finances in a much different fashion from most other orchestras. One notable example is that they do not apply subscription revenue for the following year to their current debts.  When I asked Marianne if St. Luke’s abides by that practice, not only did she say they didn’t but she seemed a little shocked that a system like that even exists.

Next, we went on to talk about the issues of borrowing against a line of credit in order to pay monthly expenses.  Marianne confirmed that yes; they do use their line of credit at MOST once a year when circumstances beyond their control require St. Luke’s to schedule multiple concert dates too close together.  She went on to stress that they have never used their line of credit to cover shortfall in projected income.

As an organization that has stayed under the radar, St. Luke’s does not have a history of close ties to any industry association.  Their managers do not regularly attend industry seminars or workshops. Instead, they learn from their own experience and share that experience among their fellow managers.

I asked Marianne if she thought their methods of operation could be successfully applied to the more traditional orchestras throughout the country.  She modestly replied that perhaps some orchestras of comparable size could benefit from their methods, but she wasn’t sure about the larger organizations.  But based on my observations I feel that the most valuable commodity Marianne and St. Luke’s posses is their philosophy.  All of the orchestras across the country could benefit greatly by trying to see things through her eyes.

When I asked Marianne if she had ever considered leaving St. Luke’s for a larger orchestra and a position further up the industry ladder, she replied without hesitation that no, she hasn’t.  She says that the industry head hunters have left her alone over the years and she wouldn’t want it any other way.  She’s put herself into the organization and built it from the ground up, so why would she want to leave.

Recently, St. Luke’s did participate in their first large industry-wide project, the Andrew W. Mellon Program for Symphony Orchestras.  When I asked Marianne if she could reveal some of her impressions about how the other orchestras appeared to function, she says that the St. Luke’s representatives where surprised by some of the acrimony between musicians and managers from other orchestras.  And although she was disappointed that those situations existed, she was happy that St. Luke’s has grown in a different direction.

St. Luke’s future is one of growth and advancement.  Not one to fall back and regroup during this harsh economic climate, Marianne is on the attack.  Here’s where you’ll really get to see that warrior I mentioned at the beginning of this piece.

First, Marianne plans to retire in about seven years, but before then she wants to see the orchestra base salary increase from the current amount of approximately $40,000 up to around $70,000.  “I want St. Luke’s players to rely on this as their primary income,” says Marianne. “That way, any other non St. Luke’s playing throughout the year is just gravy.  That means we’re going to need a lot more money in the form of regular income, but one of my largest learning experiences has been maintaining a financially and artistically stable organization. I’m confident that we will be able to apply those same principles on a larger scale to help us meet that financial goal. ”

Next, finding a replacement executive director will be a major task.  “I’m certain that the musicians will have just as much input regarding my replacement as they do with hiring other players now,” says Marianne.  And if their past performance is any indication of future achievement, then St. Luke’s will have a safe and secure future.