“orchestra musicians’ internal motivation is higher than any of the other groups studied, but their level of general job satisfaction is quite low below that of federal prison guards, in fact, and far below that of members of professional string quartets.” –  From a 1994 study by Jutta Allmendinger, Richard Hackman, and Erin V. Lehman.

That’s a pretty heavy-duty finding.  Most non-players I talk to assume that orchestra musicians love their work; after all they get paid to play music all day right?  But in their 1996 paper entitled “Why They’re Not Smiling: Stress and Discontent in the Orchestra Workplace“, Seymour and Robert Levine take a very in depth look into why musicians experience so much stress.  Although it’s a bit of an oversimplification, they contribute a lack of control in the musician’s workplace, both artistic and not, as the primary source for this problem. 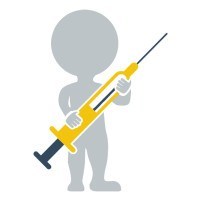 So what’s one consequence for when musicians don’t have the amount of control they need?  They find other avenues to subsidize this dissatisfaction, such as demanding higher compensation.  In an effort to head off the many angry email messages from players I would expect to find in my inbox with that statement, let me take a moment to clarify what I mean:  I am not insinuating that musicians are currently overpaid. Quite the contrary, I consider that the bottom 80% of orchestra musicians are severely underpaid while their senior managers and music directors are paid extravagant salaries in comparison.  But that issue will be saved for a future blog.

The National Institute on Alcohol Abuse and Alcoholism released a paper in 1999 by Kathleen T. Brady, M.D., Ph.D., and Susan C. Sonne, Pharm.D. which states “Stress is considered a major contributor to the initiation and continuation of Alcohol Abuse and Alcohol Dependence”.  The paper goes on to detail that alcohol use is utilized to lessen the tension of both short and long term stressful situations.  And much like the way alcohol dependence helps alleviate stress, I believe that the demands for ever increasing compensation help the musicians, as a whole, to lessen the effects of stress in their workplace.

This concept began to formulate over a decade ago while I was still in the conservatory.  I recall sitting in on a friend’s private lesson, we were young, idealistic, and thrilled to no end with having nothing to do but learn about music all day.  Before the lesson started, my friend said to her teacher – a 30 year orchestra veteran – how exciting it must be to get to play Mahler’s Fifth Symphony at his upcoming concert.  I’ll never forget his look on his face when he responded by saying, “Eh, after awhile it’s all about the money. In the end, even when you win, you still loose.”

Those words didn’t have much effect on my friend or me at that time, simply because it’s one of those things in life that’s difficult to appreciate until you’re there to see it for yourself.  I remember both of us saying to each other after her lesson, “We’ll never be like that.  It will always be about the music”.  Unfortunately, it turned out differently.  My friend eventually quit her good orchestra job because she became so unhappy with the working conditions, the stress, and the lack of artistic satisfaction.  She decided to go teach in the public schools instead.  When I asked why she gave up on her dream of playing in an orchestra she said, “In teaching, I get paid regardless if I care or not and there’s no prerequisite to love what I do.”

So where does this leave us?  I contacted Robert Levine to see if his opinions have changed since he and his father wrote their paper in 1996.  I also wanted to get Robert’s opinion about my “Money Drug” hypothesis.  Here’s what Robert said,

“I think we can stand by what we wrote in the 1996 article as still being applicable today. I’m sure that money is, for some, a substitute for job satisfaction. But the overall picture is a lot more nuanced than that.   Probably the push for additional time off, which is as much a constant in negotiations as is the push for more money, is more driven by dissatisfaction over life [at orchestra rehearsals] For some musicians, time off means they don’t have to endure orchestra life as much.”

Robert has a number of excellent points in that statement.  It’s certainly true that all issues related to increased compensation are not directly connected to stress and a lack of control, such as the inherent level of competition among musicians and their own perceived level of status.  But that’s another issue which is best saved for its own blog.  However, I believe that the business will begin to see a trend among younger and middle career musicians who will begin to consider a low stress, artistically fulfilling workplace as attractive of a recruiting factor as is base salary.  Which would you choose: a high-stress, low artistic satisfaction workplace that offered $75,000 base salary or a workplace that offered a level of high artistic satisfaction and low stress with only $60,000 base salary?

For established players in some orchestras, however, there isn’t an easy answer.  By already receiving a high salary at the expense of low job satisfaction, they are accustomed to life as they know it.   It’s almost like a fatal dose of radiation, once it’s happened there isn’t anything you can do but wait for it to end.  The orchestras that are in the best position to break this cycle are the middle league orchestras those in that bottom 80%.  Regrettably, many of these orchestras are in such financial trouble (due to poor management) they are in the process of dismantling themselves.  So whether or not they can realize this new model is, at best, subject.

In the end, I strongly believe that until this issue is properly dealt with to the satisfaction of musicians, music directors, and managers alike, the situation of orchestras will fail to improve and continue down the same counterproductive path.