The Music Critics Association of North America (MCANA) released a letter on October 21, 2008 addressed of the editor of the Cleveland Plain Dealer urging her to rescind her decision to reassign the paper’s long time music critic, Don Rosenberg. The details about the issue have been written about throughout a wide range of blogs and traditional media outlets (such as Baltimore music critic Tim Smith’s blog) so I won’t bother rehashing the details here. Nevertheless, the letter contains a few points that every orchestra manager should consider… 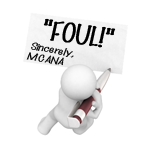 In particular, the letter states that the editor’s decision may have been influenced by individuals outside of the newspaper:

There has been much speculation about pressure, overt or subtle, being exerted on you by forces outside the newsroom. We do not wish to add to that speculation, but many of us are certainly aware of what can happen in any community when some people find fault with a music critic. Whatever prompted your move, it has led to consequences that we cannot imagine you would have ever wanted.

It doesn’t take much to imagine that the pressure the letter refers to comes from forces associated in some fashion with the Cleveland Orchestra which leads us back to an article I published nearly three years ago about how orchestra managers can unwittingly be the root of their own problems based on how they interact with music critics. Although the entire article applies to the Cleveland problem, here are the highlights (emphasis added):

A great deal of the trouble behind limited editorial support for classical music commentary is the mixed messages they receive from external sources; in essence, there isn’t a good environment for most editors to support increased classical music coverage[…] When [readers] take the time to write to an editor about these articles it’s usually with a complaint […]

To make matters worse, classical music professionals contribute to the problem by hitting the editors from the other direction. I can’t tell you how many reporters and editors I’ve talked to who tell me about instances when the executive and/or board leaders from their respective orchestras have taken the time to show up at the newspaper offices or called them to complain about a “negative” piece the paper published. Unfortunately, these perceived transgressions are the result of the attitude adopted by most orchestral organizations that if it’s not a 100% good news puff-piece then it must be an “attack”.

As a result, many orchestra professionals don’t realize the damage they do when complaining about this “negative” coverage; all they’re doing is showing editors why it isn’t worth their time to support expanded classical music coverage in the first place. These executives may think they are applying some pressure to get what they want but more often than not their efforts boomerang by resulting in less overall coverage. This happens because when the majority of feedback directed toward editors is complaints from readers about how bad their existing articles are and complaints from orchestra executives they determine that it’s better to simply cut back on coverage […]

Everything from that article applies to this situation but it took nearly four years and an incident at a major traditional newspaper to shake up the business enough to get people thinking about the topic in earnest. If nothing else, I hope the Cleveland problem forces those tasked with the responsibility to govern and administer our professional orchestras to pause and consider the dynamic consequences of their actions.

In conclusion, I’ll offer the same advice I presented in 2006:

Everyone…can help create a positive environment in the media by taking the time to contact the editors (and the reporters) at media outlets which publish articles you enjoy. You might have to do a little digging to find the email addresses but it will be well worth your time. Here’s a tip: keep a special list in your email address book of editors and reporters so you can easily contact them when they publish something you enjoy.

Postscript: the following is a copy of the MCANA letter to the Cleveland Plain Dealer, printed with their permission:

The decision to reassign our colleague, Don Rosenberg, and remove him from the duty of reviewing the Cleveland Orchestra has shocked the journalistic and music worlds. We wish to add our voices to what has become an international chorus of protest and concern. (Neither Mr. Rosenberg nor Zachary Lewis was consulted or involved in the preparation of this letter.)

Mindful of your authority as editor of the Cleveland Plain Dealer and your description of Mr. Rosenberg’s case as an internal personnel matter, we nonetheless must urge you to rescind your action. The silencing of a critic not only challenges the foundation of our particular profession, but weakens the foundation of journalism itself. It is not at all hyperbolic to see this case as a threat to a free and independent press.

We ask you to consider this theoretical scenario: A newspaper hires a commentator to give opinions about the local mayor and city council on a regular basis; the writer’s work draws fire from the politicians and their supporters; the newspaper relieves the writer of his post. No self-respecting publication would ever do such a thing, but your treatment of Mr. Rosenberg has unavoidably put the Plain Dealer in this unflattering light.

There has been much speculation about pressure, overt or subtle, being exerted on you by forces outside the newsroom. We do not wish to add to that speculation, but many of us are certainly aware of what can happen in any community when some people find fault with a music critic. Whatever prompted your move, it has led to consequences that we cannot imagine you would have ever wanted.

In our view, a highly respected and qualified writer (who served for two terms as president of the Music Critics Association of North America) has been subjected to an unwarranted and unreasonable reassignment; a newspaper with a long history of service to its community has had its integrity and honesty questioned; and the free and unfettered public discussion that music criticism tries to foster has been unduly hampered.

We ask you to restore Mr. Rosenberg’s critical voice and the credibility of the Plain Dealer.

The following names include the board of directors of the Music Critics Association of North America and many of our members, as well as other music journalists from around the country who wished to join us in support of Don Rosenberg.