It looks like Dixon, Adaptistration’s resident editorial cartoonist and the wit behind the humor at the hit orchestra biz comic strip Who’s Minding The Score?, has a bone to pick with Greg Sandow over some of his remarks to The Australian…

In particular, it was Sandow’s remarks about the Philadelphia Orchestra replacing all of their existing musicians with young players that set the editorializing gears into motion.

Sandow says that if the Philadelphia Orchestra were to suddenly discharge all its musicians and replace them with young players on contract, what might be lost in polish could easily be made up for in pizazz.

“I wonder if that wouldn’t be more exciting to hear,” he says. “It might really surprise people.” 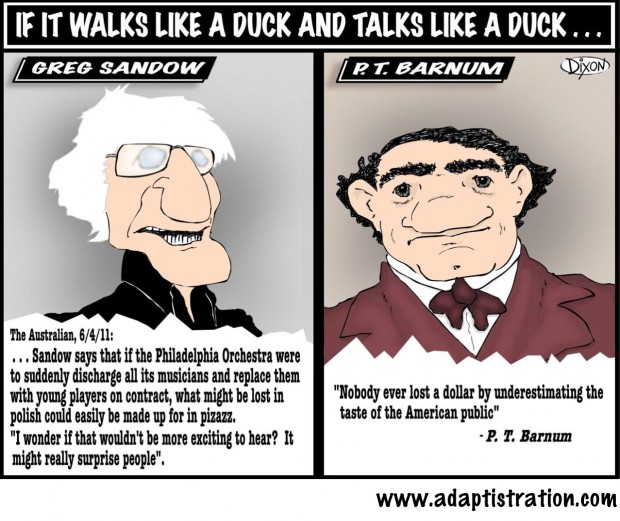