Denial is a crazy thing; particularly when it comes to crisis management. One tip on knowing when your organization might be taking the first step off of a very large cliff is when more stakeholders focus on insignificant items to the detriment of obvious, high priority tasks. For example, if your orchestra’s senior management team becomes so consumed with figuring out how to replace copier toner to the point of starting the institutional meeting to announce reorganization bankruptcy 25 minutes late, then you might have a problem (true story, but from years ago).

So I had to laugh at the most recent installment from Who’s Minding the Score? where the orchestra’s new president (and former Music Director, Marketing Director, and local television news anchor) starts his first day on the job with no board yet through a course of events end up deciding that the first order of business is to “get pens.”

Unfortunately, you can’t make this stuff up.

If you don’t already follow the cartoon, you can catch up on the story line at its homepage. 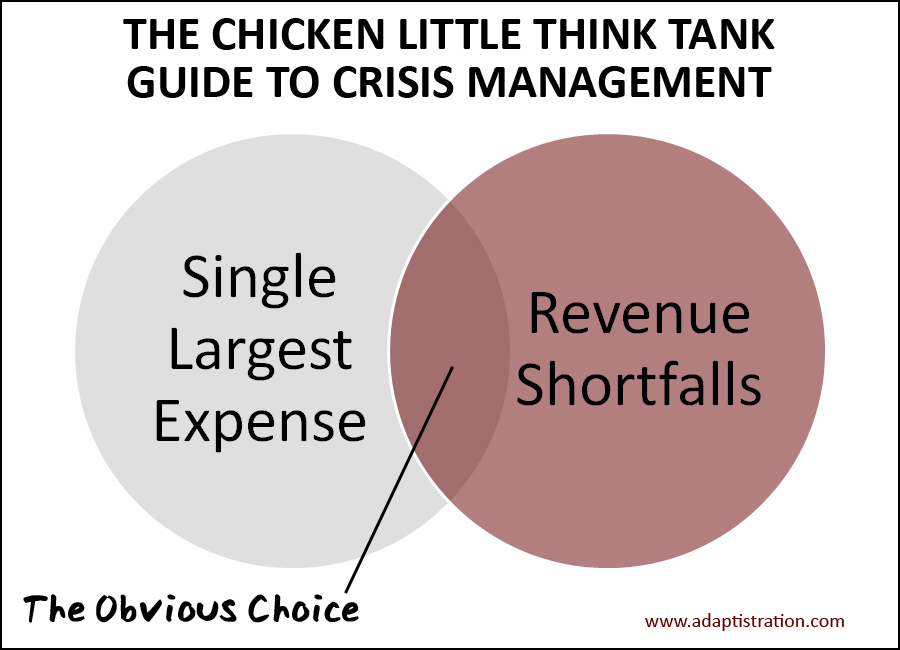 The Pen Is Mightier Than The Board 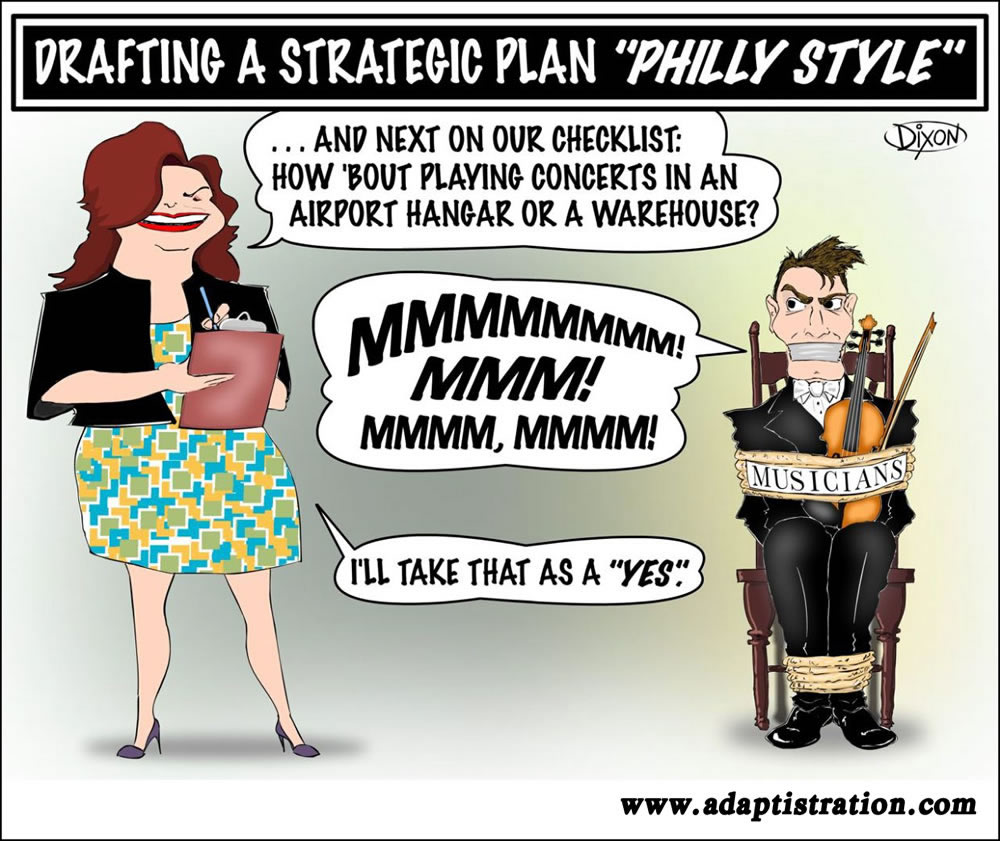