Long before he was the GOP presumptive nominee, The Donald was a gag for one of Who’s Minding The Score? comics. At the time, no one working on the strip had an inkling that the person selected* to exemplify a stereotypical rich d-bag would end up where he is today. 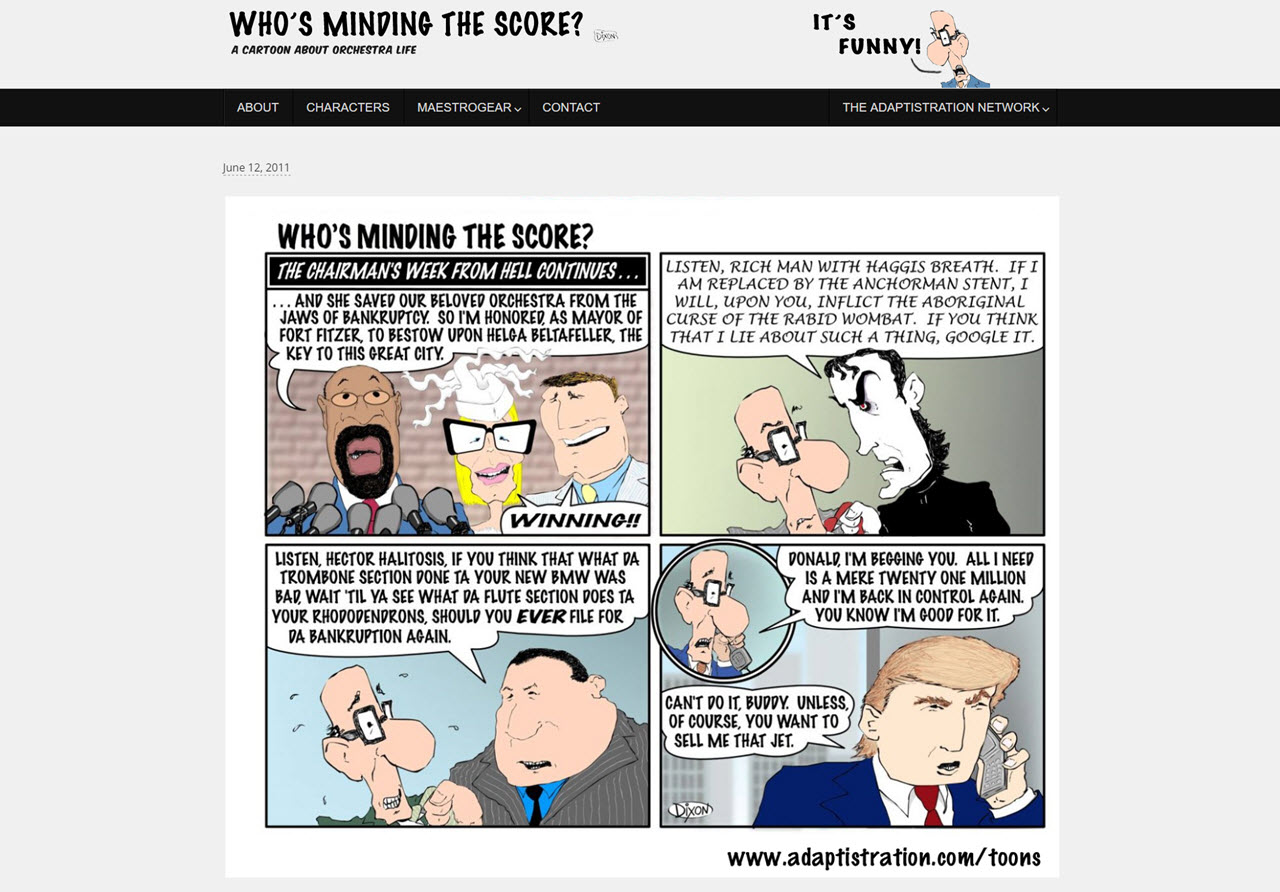 The strip features a bunch of other prognostic dark humor too.

You should go binge read it.

*it was a unanimous decision.
FacebookLinkedInEmailCopyPrint