Thank you, Drew, for inviting me to be a guest contributor now for I believe the fourth time (counting TAFTO). Sometime I have played it safe by sharing thoughts on the practical (and not particularly exciting) side of orchestra management. But last year I tackled more ambitious “what the much maligned orchestra business model really is” and “whether it’s really dead” topics (plus one more related article from Drew here), and I felt like it might be useful to revisit some of these issues in light of what has happened in the past twelve months. 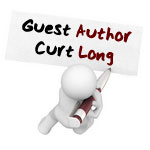 My posts last year provoked a little bit of generally supportive discussion plus a couple of comments suggesting that any discussion of how orchestras need to evolve which ignores the “elephant in the room” (an orchestra world euphemism for high musician salaries, for any of you who don’t know) is pointless. I also had a couple of colleagues call or email me to with comments and observations, and I participated in a panel discussion on more or less this very topic at the ROPA conference in Omaha shortly thereafter.

The year since has clearly been an eventful and at times tumultuous one for our field. I don’t see how anyone could deny that many orchestras have faced serious financial challenges. Many of us, and I suspect the vast majority of us, have been forced both to make difficult decisions about deferring or abandoning future plans, and to reduce costs and programming in ways which cannot but harm our organizations’ capacity and service to our communities. But I doubt there are many businesses of any type that haven’t had to go through the same rethinking of goals and priorities, and the same searching for belt tightening opportunities, over the past three years.

We’ve had work stoppages, bankruptcies, and liquidations. Adaptistration has helped us keep track of various dire predictions about the impending death of the field (often rebutted with reminders about all the other times more or less identical prediction were made in the past and proven unfounded).

Having said all that, I don’t think we should lose sight of the fact that there are plenty of orchestras reporting good news, and that a whole lot of orchestras continue to perform a whole lot of great concerts, bringing music to large and appreciative audiences. So far, the vast majority of orchestras seem to be successfully negotiating these challenging times, and in some cases they seem to be doing so with a level of compromise and cooperation between musicians and managements and boards that might have surprised many of us not many years back. There are encouraging signs that symphonic music may soon be heard again in Honolulu.

I was encouraged by the enthusiastic response to the recent Spring for Music Festival, and was especially impressed by the apparent success of the Oregon and Toledo Symphonies in turning their performances in New York into a point of community pride.

I am not going to comment on specific cases where I don’t know enough to have an informed opinion. But it seems to me that at least some of the high profile troubles are cases where the economic downturn is combined with unanticipated ramifications of decisions and commitments which had been made in good times but then turned out to be riskier than the orchestra’s leadership had expected. My own organization, the Alabama Symphony Orchestra, which continues to perform at a very high level on stage, has faced its own financial challenges over the past two years for exactly this reason. But again orchestras are far from alone in facing these problems.

I can’t deny that there are some communities where demographic and economic changes may well mean that what used to be possible is no longer possible. But, in my view it remains generally true that orchestras that put committed performances of exciting programs on stage, have well conceived and well executed marketing, and work tirelessly to make their case for community support will survive bad times and thrive in good times.

I still think that the paradigm shift that orchestras most need to adapt to is that traditional season subscribers, while still really important to our business, are becoming a smaller and smaller portion of the people we serve. In Birmingham total subscription revenues generally still make up well over half of our total ticket revenues, but people buying traditional Masterworks (full or half season) or Pops subscriptions make up only about 5% of the people who attend an ASO concert in a year. Yet we still often seem to think that, when the going gets tough, the smart solution for orchestras is to emulate the enlightened leadership of our major political parties and play to the base.

A year ago I answered the question “is the model dead?” by suggesting that

Nothing that has happened in the past year has led me to change my opinion. I’d be very curious to hear whether you have changed yours.

0 thoughts on “The model, one year later…Even deader, or still not dead yet?”