Skip to content
One of the tenets of quality, provocative blogging is using comments for inspiration; even those that disagree. And more often than not, what looks like a disagreement on the surface is actually something entirely different once you dive in with an attitude of productive exchange. Such was the case with a comment from Gwydion Suilebhan the A Predatory Practice That Is Sucking This Field Dry article from 9/22/2011.

Gwydion’s comment was so thought provoking I posted a detailed response article and after several private exchanges, we learned that we weren’t really disagreeing on anything so much as looking at the topic from different vantage points. In Gwydion’s case, he was framing the web development discussion within the concept of strategic communications whereas my articles have focused on the web development process in and of itself.

As a result, I thought it would be useful to have Gwydion expand on his perspective in a guest author post. I certainly enjoyed reading the advance copy and I’m sure you’ll find it a useful resource as well. ~ Drew McManus

There’s something about technology—let’s admit it—that feels a bit alien to many of us who work at arts organizations. We don’t want to think about what’s involved in making our email work, or keeping our subscriber databases uncorrupted, or ensuring that the phone lines stay open. We just want someone else to read what we want directly from our minds and, you know, make it happen.

Unfortunately, we do occasionally need to get a bit more involved than that. One such time is when we’re redesigning our organization’s website. My hope is that the following primer will help arts organizations re-think how they approach website redesign projects. Because, really, they shouldn’t be scary at all.

Here’s the most important thing you’re going to learn in this entire article: you aren’t actually redesigning your website (or you shouldn’t be). You are re-energizing the ways in which you engage with your constituents in the digital space. There’s a big difference.

Engaging constituents digitally is a strategy. A website is one tactic by which you might do that. Other tactics include building a robust e-newsletter practice, maintaining an active and creative Twitter presence, establishing a robust Facebook profile, creating a compelling video channel on YouTube, and so on. There are many, many others.

So if you think you might be ready to re-build your website, stop. Think about digitally engaging your constituents instead. And if you’ve hired a website redesign shop or a technology shop, put them on hold: you need to work with a digital communications firm instead.

Step One: Analyzing Your Constituents

The first step in working with that digital communications firm will be figuring out who your constituents are. When my firm works with a client, we devote significant amounts of time at the beginning of a project to figuring out what we know and don’t know about our clients’ audiences.

We start by segmenting existing constituents: dividing them into clearly defined groups, then prioritizing those groups. For each group, we figure out their demographics (the facts about who they are), psychographics (how they think and what they value), their information needs, what they think about the organization, and how they want to interact with the organization. We do this in three ways:

This last point is important. An audience member may say one thing and do another. One critical way we make this determination is by looking at a website’s traffic, which tells us the content that people find most compelling on a site, the devices (laptops, cell phone, tablets) they use to view a site, and a great deal more.

We also devote additional time to thinking and talking about the groups we would *like* to have as our constituents. Who are they? What would incent them to engage with us? How can we reach them?

Finally, we think about broader trends among the members of our constituency. Are more and more donations happening online? Are users in our age demographic spending more and more time on Twitter or YouTube? Where are they? What are they doing? Where do they want to be reached? Your website is likely only a small piece of that picture.

Step Two: Ask Yourself Who You Are

If that isn’t enough introspection for you, there’s still a bit more navel-gazing that needs to be done. Actually, to be clear, you don’t need to stare at your navel: you need to let the agency you’re working with stare at your navel instead.

Specifically, your agency is going to want to investigate a variety of topics that will help frame the right communications solution for your organization. They will want to talk about:

An understanding of all of those components will help your agency partner make strong, clear, targeted tactical recommendations.

Once my firm has dedicated itself to unpacking whatever it can in steps one and two, it’s time to begin laying out a high-level vision for a new communications platform.

That platform will almost certainly include a web presence of some kind, but it might also include a great many surrounding (but integrated) tactics as well, from a series of videos to a new Flickr stream to a re-booted e-newsletter to untold other options.

Our recommendations also include our thoughts about staffing, budget, and timeline. They cover not only the immediate future, but the months and years beyond that. And they include prioritizations: which tactics are most critical for the success of the organization and which can be deferred to the future, especially when budget is an issue.

Note, for the record, that our recommendations don’t include anything about, say, which technology platform would make the most sense, or how the information on your new site should be architected. Believe it or not, it’s still far too early to ask or answer those questions… though they’re coming next.

Once everyone is in accord about the right strategy for engaging new and potential constituents—about which tactics will reach constituents effectively and authentically represent an organization—we can begin to define how those tactics will function.

In the case of a website, that’s the point at which it’s time to discuss information architecture (or what some refer to as the “site map” for the website). That’s when we start figuring out the right content strategy, the right features and functionality, the right social media integration points. That’s when we figure out how the key templates on your site will be constructed, what your events calendar ought to look like, how any interactive components will function, and a great many other things besides.

The blueprints we establish may look a great deal like those on which your current site is built… but more often than not, they’ll look very different.

As part of the definition process, we’ll also detail any other tactics we’ve recommended, from Facebook campaigns to new Twitter practices to an editorial calendar for new site content. A coherent plan for the entire digital communications platform will begin to take shape.

Then and only then are we informed enough to start thinking about technology. Once we know what your communications platform needs to do, we can research and recommend a content management system—open source or enterprise—that’s truly able to support it.

I know: this is where you thought we’d start, with how your site is going to look. But good work takes time. We could have made you a pretty picture from the very beginning, but we’d much prefer to make you a pretty smart picture instead. We don’t just want you to look beautiful; we want your communications platform to work wonders for you, too.

So: with blueprints in place, it’s time to start thinking about aesthetics. We’re probably redesigning your site, of course, but are we also taking a new look at your logo? Are we designing a new email newsletter template, or a new Twitter background, or a new Facebook tab? Are we making a video or videos? There are so many possibilities, and all of them have to be informed by a deep understanding of your constituents and your brand: in other words, what we learned in steps one and two.

Step Six: Build It and They Will Come

With a new aesthetic established for whatever we’re going to build, it’s time for heavy-duty construction. This is where the real technical work happens. First we write the front-end code that controls how your website looks to the public, then we integrated that code into your back end, then we populate the site with content and test it and fix everything that needs fixing until its ready to go live. And that’s it: no more tech-speak, I promise, because the details aren’t important. What’s important is that a lot of work needs to get done at this point to actually construct your communications platform.

On the other hand, while it might be tempting to just close your eyes and hope for the best, but the more you know about how your digital communications platform functions when you look under the hood, the better equipped you’ll be.

Think about just your website for a second. It’s still central to your platform. But do you know how new content gets added to it? Or does only one person in your organization hold the keys to the publishing tools? I promise it’s never quite as hard as it looks. Take a tutorial. Ask for a walk-through. You’ll feel empowered.

Believe it or not, you’re still not done when your new platform goes live. In fact, in some ways you are only just beginning. I know: having just survived a grueling process, that’s the last thing you might want to hear… but it’s the truth.

A digital communications platform needs to be a living thing. What happens, for example, when you start succeeding in attracting new constituents, and they start looking for new content, and it isn’t there? What happens when technologies change? What happens when you develop a new organizational mission or priority?

A good agency will work with you, after launch, to follow your website’s analytics reports, to see how you’re doing in search engines, to track your followers and likes, and to make sure your platform is continually tuned and re-tuned to your shifting needs and opportunities. The important thing to know is that if you nurture your site in that way, you won’t have to go through a major full-scale reinvention again for a longer time. 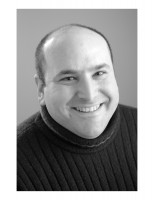 Gwydion Suilebhan is a DC-based playwright and theater blogger. He is the author of Reals, Abstract Nude, The Constellation, Let X, The Faithkiller, Cracked, The Great Dismal, and Buggy & Tyler. His plays have been commissioned, produced, workshopped, and read by the Ensemble Studio Theatre, Theater J, Active Cultures, Source Theater Festival, HotCity Theatre, Midtown International Theatre Festival, Capital Fringe Festival, and Theater of the First Amendment. He has received two Individual Artist Fellowships from the DC Commission on the Arts and Humanities, and in 2009 he was a finalist for Outstanding Emerging Artist at the DC Mayor’s Arts Awards. He is currently serving as resident playwright for the Taffety Punk Theatre Company.