Although we don’t follow the comings and goings of the opera field very much, it’s high time to take a peek at what’s going on right now at the New York City Opera (NYCO). The beleaguered arts organization is on its tippy toes staring down into the precipice that is institutional oblivion following a prolonged and very nasty labor feud with a number of its resident artist unions. 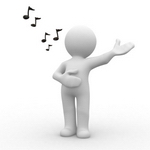 Two articles of note were published this month which examine both sides of the story and are equally worth your time. The first is from operanews.com which published a lengthy, but fascinating, article by Fred Cohn that sets the tone with the following passage from one its opening paragraphs.

Most alarmingly, City Opera is no longer a real opera company, in any recognizable sense of the word. If Steel’s plan goes through, the company will have no permanent orchestra or chorus and no singers under weekly contract. George Manahan, City Opera’s longtime music director, is no longer with the company; his position was eliminated last summer. The changes have rendered New York City Opera, at best, a shadow of its former self.

The other contribution is from Crain’s New York which published an article on 12/11/2011 by Miriam Kreinin Souccar that adopts a much more nuts-and-bolts approach as compared to Cohn’s Opera News article. Souccar’s article does a good job at laying out the fundamental labor issues and how they’ve escalated. In short, the American Guild of Musical Artists (AGMA) represented singers and American Federation of Musicians (AFM) represented instrumentalists have drawn a line in the sand over having their positions reduced to per service status with no benefits and no service/hiring guarantees.

But what’s really important here to help understand the perspective behind why things may have become much worse than necessary is the following quote from NYCO general manager George Steel when talking about his new business model.

“The final piece is to change these contracts,” Mr. Steel said. “If the company does not make these radical changes to its model, it will have to close. Isn’t it more terrible to have no opera company at all?”

According to NYCO artists, the answer is a resounding no.

AGMA national executive director Alan Gordon was quoted in the Crain’s article asserting that singers would earn more on unemployment insurance than going to work under the proposed terms. While the musicians’ negotiation chairwoman, Gail Kruvand, said that not only does Steel’s proposal eliminate all service guarantees but it doesn’t even require the NYCO to use the current musicians.

In the end, the “better than nothing” approach may be better suited as an institutional epitaph rather than a negotiation strategy.

0 thoughts on “So Much Drama”

X
So What's Up With Minnesota?Labor RelationsIn case you missed it, the Minnesota Orchestra (MO) seems to be gearing up for trouble. The 12/7/2011 edition of the Minnesota Star Tribune published …