It’s that time of year again, where labor disputes begin charging up emotions and on more than a few occasions, those emotions come spilling out in blog comments and social media. At best, emotionally driven comments designed to lash out only serve to detract attention from any meaningful thoughts or observations contained in the comment and at worst, can tarnish the reputation of colleagues or fellow stakeholders. 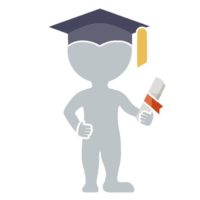 That said, there’s nothing wrong with challenging ideas, crying foul, and standing up for what you believe in. But in order to be as effective as possible, it helps to keep some guidelines in mind.

Yes, you might be ticked off at a CEO, board member, or musician spokesperson for something s/he reportedly said or wrote but don’t post a comment which focuses solely on attacking character. Questioning professional competency is all fine and good but even that’s a fine line. In most cases, the only thing accomplished with a personal attack is the comment author comes across looking like a raving lunatic bent on some sort of White Whale hunt.

I can’t stress this one enough but if you are going to excerpt something attributed to an individual or group associated with a labor dispute then be sure to cite your source; newspaper, press statement, website, foundation study etc. At the bare minimum, this includes a link to the original material and at best you’ll include the source title, author, publication date, and link. For example: the 9/14/2011 edition of Adaptistration.com by Drew McManus; https://adaptistration.com/2012/09/21/its-time-for-your-civil-discourse-recertification/.

Be Firm, But Civil

Don’t Abuse The Privilege Of Anonymity

I maintain strong positions on the issue of anonymous comments; in short, I’m pro anon. At the same time, that doesn’t excuse anyone from abusing what still boils down to a privilege, not a right. Be sure to read the section below on how to properly leave an anonymous comment. Otherwise, if you’re sending something in just so I can read it, save yourself a step and visit the contact page. 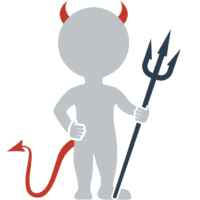 In the end, I want to continue encouraging every reader to engage in comment discussions related to labor disputes but following the above guidelines will help ensure you make as much positive impact as possible and stand the best chance of actually influencing the respective dispute’s outcome!

3 thoughts on “It’s Time For Your Civil Discourse Recertification”