There was an intriguing article by Doug Grow in the 2/22/2013 edition of MinnPost.com that examines the numerous political connections between the cast of characters involved in the Minnesota Orchestra Association (MOA) and St. Paul Chamber Orchestra (SPCO) lockouts. The premise of the article wonders about the lack of direct involvement from Twin Cities political leaders in resolving the disputes. 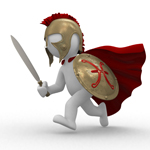 It’s refreshing to see a mainstream media outlet dive into the deep end on these issues. Historically, political power players have had wildly varying degrees of involvement and effectiveness in bringing about as positive of a resolution as possible but one thing you should avoid is assume they have zero influence.

Grow’s article speculates the lack of involvement from local elected officials resembles something of a see no evil, speak no evil, hear no evil ballet in that the issues are running hot enough that expending any real clout could be the final straw in an already tenuous quid pro quo system.

Making matters more difficult for pols to take strong sands is the reality that the boards of these two orchestras are made up of the region’s biggest movers and shakers. Politicians don’t go out of their way to upset such people as Jon Campbell, who is the chairman of the Minnesota Orchestra’s board of directors and executive vice president of Wells Fargo, and Richard Davis, CEO of US Bancorp, who was past chair of the orchestra board.

One clear exception to this, which Grow mentions, is the Grammy celebration concert hosted by Minneapolis Mayor R.T. Rybak and long time orchestra supporter (an according to Grow, aunt to the current MN governor) Judy Dayton. Another is the growing interest from the Minnesota House Legacy Committee, which we examined here on 2/14/2013.

As for the latter, MOA President and CEO Michael Henson’s testimony made it clear that the organization wasn’t terribly concerned about what the committee thought or might do but the former incident apparently struck a collective MOA nerve.

Grow published what he describes as a “smug note” from Henson to the MOA board shortly after the Grammy celebration concert was announced.

“Today Mayor R.T. Rybak and Judy Dayton issued an invitation to Osmo [conducter Osmo Vänskä] and the musicians to perform a concert at the Convention Center, February 1, conducted by Osmo Vänskä. … While we expected to use the Grammy nomination to maximize their arguments about the importance of art, we did not expect this.”

In the same note, Henson scoffed at Minneapolis.

“As you are all aware,” he wrote to the board members, “the City of Minneapolis does not provide any funding to the Minnesota Orchestra.”

Grow continues by pointing out a number of practical flaws in Henson’s assertion regarding city support but the larger issue the MOA should be considering here is how far do they want to push the “we’re right, and they’re wrong” style of talking points.

In the end, all of this is yet another strong indication that the MOA labor dispute has degraded to a point where the only way to win, is to make someone else lose. In short, everyone loses in that sort of scenario.

Ultimately, it is rare for anyone to recall specific winners and losers a decade down the road. All they see is the horribly disfigured and dysfunctional arts organization that willfully embraced cutting off their nose to spite their face.