When The Venture Platform was launched in the fall of 2010, its success or failure rested squarely on an economy of scale business model that kept profit margins low and focused on incredibly solid code and unmatched service. If all went according to plan, users would benefit from an ongoing stream of upgrades and improvements without paying for them by way of annual fee increases.

It is enormously pleasing to say that the risk has not only paid off, but produced far better results than originally projected.

At the beginning of 2013, we launched the first major upgrade to the system, Venture 2.0, which brought along a number of substantial enhancements:

A completely responsive publishing platform. This means your primary website works on desktops, laptops, tablets, and smartphones. Better still, 99.99% of our users never even have to consider shelling out extra resources for platform specific apps; in fact, our responsive engine produces better user experiences than apps that do little more than repackage existing site content. 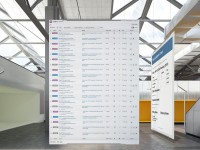 An enterprise-class e-Commerce engine. Venture Commerce delivers a comprehensive shopping cart and checkout experience while also letting users mange orders, track customers, and monitor inventory in real-time. Although it isn’t designed to replace your box office although we already have users who are identifying creative ways to fill holes in their existing ticket selling solution. For example, users who have to use a service from their primary venue don’t always have (or can’t afford the added costs) a solution to sell straightforward ticketing to events at other locations or to sell subscription packages. Venture Commerce steps in to fill those gaps.

Doubled the amount of direct design controls. Venture already provided more direct control of site design and page layouts than any other solution available and we’ve taken that lead and expanded on it.

An additional email marketing provider. In addition to our existing provider at Vertical Response, users can also opt for an account through MailChimp. Plus we still let users take advantage of the five percent opt-out discount if they want to use their own third party provider.

Dozens of new service add-ons. One thing we discovered very early on is instead of passing along development and maintenance costs to all users for what is easily considered niche functionality, users loved having the ability to enhance their system via inexpensive add-ons. This meant they could pick and choose the ones they want and for more than half of our users, they don’t opt for any add-ons at all. 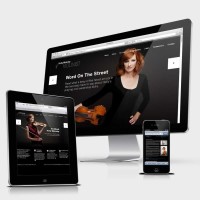 Designer Themes. We went beyond the traditional concert of ready-made themes within the primary publishing platform to begin using highly customized versions that provide a huge amount of “wow” impact for minimal effort. For example, users that benefit from a number of stunning photographs have been making good use of the Venture Scrollider (like this user). 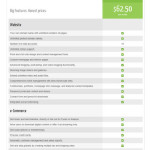 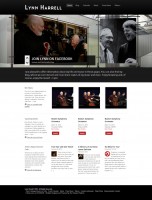 New post types and homepage modules. One of the things users mentioned most often when designing their site was uncertainty about what to do with homepage content. We helped cut through the noise by creating special homepage modules that automatically generate content from existing events data or from one or more of our special portfolio or features post types (think of them like content shortcuts that provide complex page layout displays and auto index pages with minimal user input).

On top of all this, we included more than 200 improvements and enhancements to existing functionality and a host of additional under the hood, geek-speak updates that users will likely never see, but appreciate by never getting stuck with incompatibility problems.

We put all of these improvements in place without needing to raise fees one single dime! That’s right, users pay exactly what they did when we launched in 2010 and the way things are going, we don’t plan on raising prices next year either.

Moreover, our one-off custom development fees have remained flat as well and we managed to implement all of the 2.0 upgrades at zero additional cost to all users, although that doesn’t mean some didn’t take advantage of the time to put some improvements in place 🙂

With all this work, we’ve it took us a bit to get around to updating Venture’s own site with all of the post 2.0 update info. But we have (most) of it done, including a vastly expanded User Portfolio with all sorts of insight about each project.

Hey, This Is Really Fun!

From a personal perspective, working with each client on a year-round basis for more than a full season has not only been a genuinely rewarding experience but it is downright fun. It doesn’t matter what an individual user’s skill level is when they start, they all get to experience a number of light-bulb moments when they uncover something new and cool to do with the Venture.

When we launched, one of the goals was to let users spend less time asking “how do I fix this” and more time asking “what’s the best way I can make this idea work?” It’s all about turning creative capital into actionable ideas and Venture’s users have reinforced what I already knew: there’s no shortage of creativity in the field, it just needs providers to help let it off the chain.

And in the end, of all the seriously cool features Venture offers, the support is what our users talk about the most. And there’s simply no way to express how terrific that makes us feel.

Venture is all about moving forward and remaining future-proof. To that end, we maintain a running list of user input suggestions to fit into our organic development cycle but we also stay abreast of industry standards so that arts organizations and artists can finally have tools that stay on the bleeding edge of the technology curve instead of playing perpetual catch up.

Looking in our rear view mirror at our first major waypoint it’s clear that Venture has been an unmitigated success. And now that we’re shifting the economy of scale model into a higher gear, it’s only going to get better.

Here’s our recently updated Venture Is promo video (we’ve got a slew of mini-mercials coming out soon so stay tuned).

X
Don’t Forget to Check Your Domain Name Registrations…Web/TechMany thanks to a regular reader who pointed out several posts reporting on a domain name registration fail by celebrity chef Guy Fieri, who apparently…

235 min
X
It’s Demo Time!The Venture PlatformThere's nothing quite like having a good problem and one that's been nagging away at my elbow over the past two months is getting the Venture Platform…
Send this to a friend