There was a terrific comment from a long time reader, Robert Simonds, the other day in response to the post about the Metropolitan Opera Orchestra Musician website and communication initiatives. Always the deep thinker, Simonds presents some intriguing points that I took some time to address in a reply (albeit belatedly). 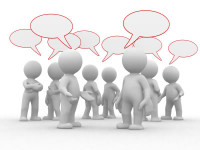 It’s a great exchange to launch your weekend and for the sake of convenience, I’ve pasted both replies here although you can go to the source and I encourage you to join the conversation there if you prefer (which is also the reason why comments are closed for this post).

Independent musician online presence was not a virgin birth, the seed was a direct attack on musician careers and in many cases their dignity. Whatever the genesis of the hostility was, it can’t be erased from the equation.

I agree with the thrust of what you’re saying (and have said) and also agree that the Met Orch has raised the bar. They’re also in a privileged position.

For those whose labor disputes came before, it is hindsight filmed in soft-focus to say we should or could have dealt meaningfully with issues outside of the labor disputes. The negotiations weren’t a facet of the story; they were The Story. Lock-outs meant there were no shows to promote. Managers and boards only discussed the contract publicly. Musicians promoted their own shows through their networks (quite effectively). But outside of those events, the disputes garnered more coverage than most had ever seen and they were essentially the only topic publicly discussed.

The tone embedded in public statements about why this new species of cuts was necessary was often mean-spirited and website statements and social media were the musicians’ only means of reply. It absolutely was self-serving. Unapologetically so. Despite being ugly, it was often effective. Perhaps only because the tone of mangers and boards was even uglier.

Having participated in the social media/online efforts of a few orchestras in labor struggles, I will say first hand that the ensuing chorus of “You guys should have been doing this all along” is and was incredibly frustrating. While I understand the sentiment behind the statement, experience says something else.

Musicians’ online presence and number of social media followers is and will always be a mere fraction of what the Association’s is. They hold the power of the brand and are the point of contact for the thousands of people who in some form consume what we produce each season. So independently, we find ourselves promoting our “stories” to a small audience of primarily self-recruited followers of “Musicians of XYZ Orchestra.” Best case scenario, we’re doing a redundant job. Worst case, we’re doing a job the association should be.

In terms of producing media content, human interest stories and the like, I feel like musicians are a bed and breakfast operating next to a convention center hotel. But under the spotlight of negotiations the playing field is leveled somewhat, at least online.

For musicians whose employers have terrible or hostile social media, doing their own is better than nothing. But better-than-nothing is still very little. The Associations can succeed so easily by hiring a professional social media position and getting adequate content in front of exponentially more eyeballs than we can with the push of a button. I’ve seen it. Often our effort feels like raking leaves on a windy day. Or simply misspent human capital.

But here we are… Many of us have built modest networks that originated in conflict and will have that odor for sometime. My hope is there is a time-release quality to all this, a meaning yet to come to fruition. In some cases the success of “Musicians of” have spurred management to produce and promote more about the music and those that make it. We should hope this continues, evolves and becomes institutionalized for maximum effect.

Again, I am on the ground with this stuff daily and am not ready to give up or hand over the gains made. Social media in particular has proven to be a effective way to connect more directly with the super-fans who we probably couldn’t keep away anyway. Redundancy with concert promotion probably does’t hurt anything. It also serves as a continual counter to the myth of musician off-stage indifference and a symbolic message about future negotiations.

If the goal is to create content whose natural habitat is online, then neither side can do it alone. I believe this could be a fascinating conversation on what it means to be a performer and what it means to be a concert producer / orchestra manager. But through the lens of negotiations, musicians are well served by having a self-serving platform from which to talk to those interested in how the sausage is made. Hopefully it won’t ever come to that again.

My apology for such a late reply here Rob but you have a number of good points worth addressing. I’m particularly interested with your very first paragraph and I would take that one step more to ask why musician stakeholders weren’t interested in their own public outreach in advance of labor disputes?

Traditionally, most orchestra employers provide very little information about the musicians and when they do, it typically centers on old school bios and the occasional extended profile. Add to this a steady stream of frustration related to how little their patrons and the general public understand who they are and what they do and you should have the ideal conditions for inspiring action. Yet, it rarely transpires.
There’s a fascinating sociological study here somewhere but your point about the employer controlling the power of the brand is another fascinating angle. On one hand, the brand didn’t materialize from thin air, it was built over a period of time into whatever exists at the point a labor dispute erupts.

That building process was and is an ongoing effort and the one area where musicians tend to fall short. Granted, and as you’ve pointed out, this is not easy work but the only guarantee is that lapsing into inactivity is a sure fire way to simultaneously lapse into irrelevance.

I don’t entirely agree with your assessment that the association will always maintain a Goliath’s ratio of media presence. Set aside discussions surrounding the value of quality reach over quantity and what I think you’re touching on here is something that actually reaches into some of the core problems of unionized work forces over the past few decades.

What I’m referencing here is a steady erosion of influence, much of which is the loss of maintaining and adapting an effective communication strategy.

It never ceases to amaze me at how little preparation, training, and support musicians receive from their union (at all levels). There are a few exceptions to that observation and regardless how bright they are, they are too few and far between to really illuminate meaningful change. Instead, I’ve witnessed a steady stream of ineffective ad hoc PR professionals waste what I have to imagine are precious few resources all for dubious results. Personally, I would love to see how much money has been spent on these efforts since 2008 and then analyze how those funds could have been put to better use and use that as a plan of action for future efforts.

The only really bright silver lining in all of this is there has never been a time where effective communication has been so affordable and accessible. What can be accomplished with relatively inexpensive tools wielded by properly trained hands within a tightly connected community that extends beyond the fiefdom of one musician association to the next is astonishing compared to a decade ago.

Nonetheless, until this changes, I doubt you’ll shake that feeling of raking leaves on a windy day (which beats other wind oriented metaphor you could have used).

In the end, much of the imbalance you’ve touched on can be overcome but it will require time, coordination, and a fundamentally different approach.

Want to join the conversation? 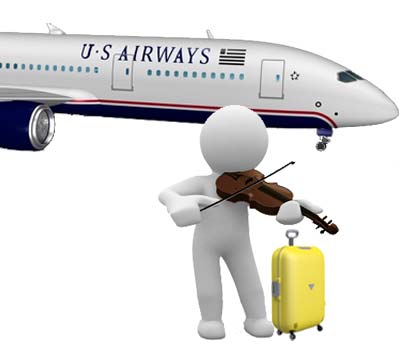 Get Off The Plane You No-Goodnik Fiddle Ruffians*

A Conversation About Orchestra Musicians, PR, And Change 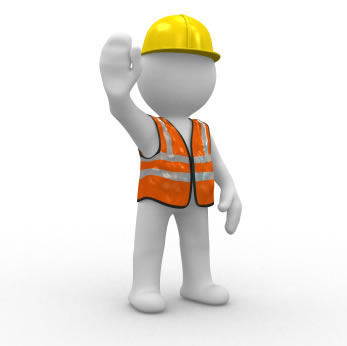