At the rate music directors at big budget orchestras are leaving, we might as well begin a betting pool. First Alan Gilbert in New York and now Christoph Eschenbach is leaving his position at the National Symphony Orchestra at the end of the 216/17 season. 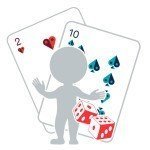 The official Kennedy Center press release has the relevant details although you can be sure that the speculation circuit is certain to be kicking into gear sooner rather than later. If nothing else, at least the National Symphony Orchestra doesn’t have to worry about navigating as many rapids as their New York peers; moreover, they now have Deborah Rutter at the helm and she was instrumental in securing Riccardo Muti as Chicago’s music director. If she can manage to produce similar results for Washington, that group stands a very good chance at accomplishing what no other orchestra has done since San Francisco entered the ranks of top tier orchestras.

Rutter’s predecessor, Michael Kaiser, managed to solve most of the financial part of that equation; National already pays its musicians a higher base wage than Cleveland and Philadelphia, yet at the same time, it ranks solidly at the bottom of that same group for competitive overscale among the vast majority of principal and key musician positions. But from a comparative point of view, becoming competitive with overscale is an easier task than base wages.

“I am proud of the legacy I leave and I am deeply grateful to the musicians who have joined with me to create an internationally prominent and unified ensemble,” stated Maestro Eschenbach. “By 2017 I will have served as Music Director of American orchestras for almost 30 years, and it makes sense to step away from these obligations. Nevertheless I am happy to accept this new role as Conductor Laureate which will allow our collaboration to continue and flourish in the years to come.”

Jeanne Ruesch, Chairman of the National Symphony Orchestra Association Board of Directors, commented, “Christoph has successfully raised the artistic quality and standing of the National Symphony Orchestra. He has given NSO audiences many thrilling nights in our concert hall. The entire board joins me in thanking him for his contributions and commitment to our beloved orchestra.”

Executive Director Rita Shapiro added, “We are deeply grateful for Maestro Eschenbach’s work with the National Symphony Orchestra, particularly in the engagement of new musicians. His tenure has greatly strengthened the NSO, and we look forward to the continued relationship.”

The position as Conductor Laureate will begin in 2017-2018, and will end with the 2019-2020 season. During each of those seasons he will spend a minimum of two weeks with the NSO.

Christoph Eschenbach came to the National Symphony as Music Director Designate in 2009, and formally became Music Director of the NSO and the Kennedy Center with the 2010-2011 season. Steeped in the standard repertoire, he is widely credited with re-focusing the NSO’s approach to the core canon of Central European orchestral music. Additionally, under his leadership, the NSO has commissioned or co-commissioned 11 works by the end of the current season, eight of them by American composers.

The Orchestra’s board will form a search committee to begin the process of finding the next Music Director of the National Symphony Orchestra.

5 thoughts on “Place Your Bets”

X
What Does A Concerto Taste Like?Current EventsUsually, stories that begin with “well, we were drinking…” turn out to have something other than a happy ending but a recent article published by Holl…