Every time Microsoft releases a new version of Windows, nonprofit arts managers feel a tight twinge in their chests because they know anything from Microsoft doesn’t come cheap. Well brace yourself for some good news because the folks at Redmond have decided that Windows 10 upgrades are free for all Win7 and Win8.1 users during the first year of its release. In fact, you can download the current version of Windows 10 Technical Preview right now if you wish. 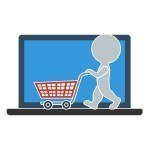 The only consideration that might spoil this otherwise terrific news is whether or not your hardware can cross the minimum system requirements. To that end, the official specs have not yet been released but you can get a pretty good idea based on the Technical Preview specs:

Like most things tech oriented, there are additional provisos you should check out but for the most part, those are not outrageous hardware requirements.

As of now, there is no official release date but it is widely believed that Microsoft will release one this April at their Build 2015 conference.

Throughout the tech sector, Windows 10 is generating a nearly unprecedented amount of positive PR and genuine hype. Among the new features known to-date, here are some that should make the upgrade worthwhile:

X
Net Neutrality Crosses A Positive ThresholdWeb/TechThe ongoing struggle to prevent Internet Service Providers (ISP) from restricting, or even blocking, content for pretty much any reason they see fit c…

Upgrade Windows 7 And 8.1 Without Spending A Dime

232 min
X
Are You Suffering From #AwkwardTwitterName Syndrome?…ArtsHackerPhil Paschke published an article today at ArtsHacker that addresses one of those increasingly annoying social media hurdles for some groups: awkward …