Chicago Symphony Orchestra (CSO) bassist Michael Hovnanian published an article at his blog, Bass Blog, on 8/8/2015 that references some recent CSO Ravinia Festival events. Shortly after the piece was published, several dozen musicians and orchestra managers reach out to me via private messages expressing varying degrees of concern over the content and tone of Hovanian’s piece.

One item in particular from the original version was referenced by a number of individuals and in the process of reaching out to Hovnanian to learn more and for clarification, we ended up exchanging a series of emails.

For those unaware of Hovnanian’s Bass Blog, he has a long history of punching holes in sensitive issues by means of satire alongside earnest insight into typical big budget orchestra activity, such as the CSO’s 2007 European tour; all vis-a-vis his perspective as a musician.

That being said, it isn’t difficult to see where a statement such as his original version within the context of a very real CSO concert event can be interpreted as an inappropriate remark about musician colleagues and/or patrons.

Nonetheless, during my exchanges with Hovnanian he did confirm that although not expressly labeled as such, it was intended to be humorous in tone.

“The whole thing was intended as satire,” wrote Hovnanian.”

He continued by offering some additional retrospective observations.

“Now that I read back the passage you quoted, I realize the sentence should have read ‘…members of the smarter sex can resort…’ not referring to anyone in particular, or anyone I observed, meaning that while men are forced to wear stuffy tuxedos to these sorts of events, women have more comfortable options when it comes to formal attire,” wrote Hovnanian. “Yes, overly crass and tasteless on my part, now that you point it out.  I’ll edit, with a note of apology.” 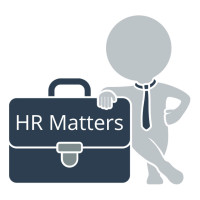 True to his word, Hovnanian promptly amended his original post along with a postscript explanation of the edit.

When taking into consideration the author’s practice of discussing his orchestra and related issues both within and without the context of satire, it returns to a central point of whether or not it would even be an issue within an environment where employers take the time to routinely design and implement a program to make sure all employees understand the institution’s key HR policies and procedures related to ethical conduct principles, discrimination and sexual harassment prevention, workplace privacy, compliance, conflicts of interest prevention, formal complaint processes, workplace violence prevention, health and safety, use of company equipment, etc.

Always curious to learn more about an orchestra’s HR practices, I asked Hovnanian if his employer engaged any type of program mentioned above.

“If you are referring to some kind of in-person presentation, I don’t recall any such thing occurring,” wrote Hovnanian. “We occasionally receive memos covering some of the topics you mention.”

Based on my work with orchestras and their employees, his experience is quite typical and this serves as an ideal segue to the real thrust of today’s post.

There is no shortage of creative, talented employees, both on stage and off, within most orchestras and providing the basic means to help them avoid bear traps related to topics that clearly governed by HR policies is a hallmark of an employer that genuinely cares for its members as much as the institution’s mission. Perhaps unsurprisingly, many may agree that the two are not mutually exclusive.

Having said that, it is worth pointing out that there’s a deep, yet meaningful, rabbit hole here regarding policy details and whether they overreach, are reactionary, or counterintuitively oppressive (doubly so in a unionized environment). As a result, they can stunt creative outlets and efforts that simultaneously attract interest, inform, and humanize what can easily come across as a bewildering profession rife with stereotypes.

Ultimately, the return on investment related to designing healthy HR policies and routinely keeping employees informed offers tremendous potential. Simply put, it doesn’t merely help avoid problems but it fosters an improved environment of creative engagement, far more than any single marketing or outreach team can construct on their own.

In order to help facilitate those returns, it benefits both employer and employee to have a clear understanding and continually refine policies in order to ensure principles are maintained while simultaneously avoiding ham-handed methods that crush any genuine sense of ownership. If anything, all of this serves as an excellent follow-up on similar, yet far more extreme, issues we examined on 6/1/2015.

Postscript: during the interim when Hovnanian published his article and made his edits, an intriguing discussion that unfolded via a private profile’s Facebook account about whether or not Hovnanian is indeed referencing colleagues, gala attendees, or both.

7 thoughts on “Another Example Behind Why HR Policies Matter”

X
Why You Should Be Paying Attention To The Ongoing Worker Status Debate…HRAlthough it doesn't get very much attention, how orchestras define employees, both on-stage and administrative, has a large impact on its operations a…

Another Example Behind Why HR Policies Matter