There’s an intriguing post at Artful Fundraiser by Jeremy Hatch (h/t You’ve Cott Mail) where the author challenges the age-old fundraising tactic of using the “your ticket price only covers X% of the costs” as a way to hook annual fund donors. Although it isn’t unusual to see discussions around this approach, this is one of the first times where I’ve seen the one-percenter angle leveraged to such a degree as a reason against. 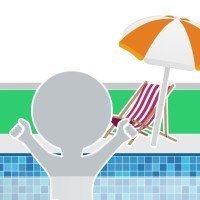 Hatch tends to focus the bulk of his one-percenter perspective on the income disparity between actual ticket buyers.

The performing arts tend to have a wealthier than average audience base compared with other forms of entertainment. Most of the crowd could pay more. Look around at the next play, opera or orchestra performance you attend. So, is your Case for Support, is to subsidize ticket prices for old, rich folks? I didn’t think so.

Although Hatch’s discussion focuses on the annual fund angle, there’s a case to be made for extrapolating the perspective to its logical destination; for example, even though “cost of” approaches tend to focus on ticket buyers, the percentage used in that pitch is still a part of the larger ratio in overall income, i.e. earned (tickets) + unearned (contributed) + investment (interest).

Within that larger revenue stream, two of the three major resources come from big money circles that include large single donors and foundations. So from that perspective, the balance between the one-percenter donors and the 99-percenter ticket buyers is always the crux of this discussion.

Whenever an organization experiences a decrease in funding from the one-percenter sector, the response is to offset with a bigger push to fill that gap through increased annual fund giving from lower economic tiers and/or cuts to program expenses.

Granted, there’s no shortage of subjective, and sensitive, sub-topics here but the way Hatch’s post highlights the guilt driven angle for “cost of” giving campaigns and juxtaposes it against the one-percenter segment of ticket buyers should begin to trigger a few light-bulb moments for typical ticket buyers that normally don’t see these strings attached to the fundraising marionettes they feel tapping on their shoulder with increased frequency.

If nothing else, getting a larger segment of patrons to understand that within the US, a modern nonprofit performing arts organization will never be able to generate enough earned income revenue to cover expenses. The reasons behind why the gap exists and how groups structure the ratio between revenue streams is always a worthwhile conversation

I’m curious to know your thoughts here; if you haven’t already done so, take a moment to read Hatch’s article, let everything ruminate, then share your thoughts in a comment or kick start a conversation on your own via your social media platform(s) of choice.