In what initially comes across as a sad copy-cat crime based on the Bolshoi Ballet scandal where in 2013, their artistic director was attacked by an assailant who threw acid in his face, the executive director at the Healing Arts Initiative (HAI) became the victim of a similar attack. 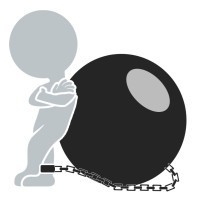 Although both attacks were apparently initiated by individuals inside each respective institution, the Bolshoi crime was motivated more by power and personality conflicts where the incident at HAI was allegedly about nothing more than money.

The 4/5/2016 edition of the New York Times (h/t Thomas Cott) published an article by Rick Rojas that reports HAI’s bookkeeper, Kim Williams, allegedly orchestrated an attack against the organization’s executive director, Rev. D. Alexandra Dyer, in the form of contracting an assailant to throw a cup of drain cleaner into her face.

According to reports, Ms. Dyer was seriously injured by the attack, which was designed to cover up what prosecutors have described as three years of illicit activity by Ms. Williams that resulted in embezzling more than $750,000 from the institution.

According to Rojas’ report, investigations pieced together a timeline that culminates in the summer of 2015 where Ms. Dyer’s discovery of missing funds was brought to light via a staff meeting in August, 2015.

Authorities then assert that Ms. Williams left the meeting prior to its conclusion, purchased the drain cleaner, and enlisted the help of an assailant who carried out the crime a few days later.

Ms. Williams was ultimately arrested on the evening of 4/4/2016 at a New Jersey rest stop. She currently awaits arraignment on charges that include assault, conspiracy and grand larceny.

HAI provides cultural access through music, dance, theatre and the visual arts, reaching out to the frail elderly, mentally and physically disabled, seriously ill children at health and social service facilities and youth in grades K – 12. Founded in 1969, the organization has an annual budget of approximately $5.5mm.

The Bolshoi attack eventually became the focus of a 2015 HBO documentary, Bolshoi Babylon and since becoming public on 4/4/2016, the HAI attack is gaining considerable national attention.

1 thought on “The Latest In Nonprofit Crime”