Pop quiz: do smaller budget orchestras classify musicians as employees or independent contractors? Regardless how you answered, you’re both right and wrong. But that question is beginning to move toward something more straightforward following a recent decision by the District of Columbia Circuit of the U.S. Court of Appeals to uphold a ruling by the National Labor Relations Board (NLRB) that determined musicians of the Lancaster Symphony Orchestra (LSO) were decidedly employees. 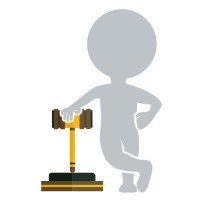 Historically, the LSO classified musicians as independent contractors but the roughly $1.5mm budget orchestra entered rough labor waters nearly a decade ago when the musicians sought to be classified as employees in order to unionize.

LancasterOnline.com has done an excellent job of following this story since 8/10/2007 when it published an article by Tim Mekeel that reported on what one musician, former concertmaster Sylvia Ahramjian, characterized as a “reign of terror” by the orchestra’s music director, Stephen Gunzenhauser.

Enough of the remaining musicians agreed to such a degree that they decided to unionize in order to secure improved workplace protections. In turn, they petitioned the NLRB to have the American Federation of Musicians (AFM) serve as their bargaining representative.

Fast forward to 2016 and this process crossed what may be the final step with the federal appeals court decision.

Mekeel authored an excellent overview of the most recent chapter in this saga, which was published in the 4/19/2016 edition of LancasterOnline.com. In that article, the musicians continue to emphasize their decision to unionize stems from a lack of workplace protections.

At one point in the article, Mekeel references a ten point test the court used to help reach a decision but it doesn’t cover all of the items from that list.

Perhaps unsurprisingly, many of the ten items contain elements that are less than clear cut. Nonetheless, interpreting the law is what courts are all about and when it comes to determining employment status, here are ten items the court will consider:

Note: Those of you who enjoy the minutia of labor law are probably jumping to the comment section right now to point out the comparatively new eleventh item to the list “Whether the evidence tends to show that the individual is, in fact, rendering services as an independent business.” Relax, I just mentioned it.

Interestingly enough, since those items were intentionally designed to allow application via what the NLRB describes as “factual circumstances of the particular case,” Mekeel’s article includes some of the court’s feedback on those items as applied to the LSO case.

Given the series of legal challenges surround shared economy businesses, you can expect issues of employment status to remain front and center for the next several years. Consequently, it will be fascinating to see how those cases potentially impact the orchestra field.

8 thoughts on “Do You Know About The Ten Point Test For Determining If A Worker Is An Employee Or Independent Contractor?”