At the beginning of July, 2017 the American Federation of Musicians & Employers’ Pension Fund (AFM-EPF) distributed a notice informing members the Plan continues to be in critical status and “it remains likely that the Plan will become critical and declining at some point in the future, perhaps as early as…April 1, 2018.”

For the most part, AFM-EPF Trustees adopted a “here’s what the problem is and what we would like to see happen” approach to framing the narrative. Augmenting that narrative are efforts from Musicians For Pension Security (MPS), a watchdog group comprised of AFM members (leading members include Adam Krauthamer, Carol Zeavin, Anja Wood, Pete Donovan, Sylvia D’Avanzo, Marilyn Coyne, Elise Frawley, and senior policy and legal advisor, Jon Kantor). 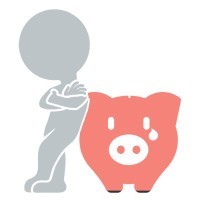 In addition to examining how the Plan might improve, they have been focusing an equal amount of attention on accountability such as why the Plan experienced far greater declines in investment returns compared to other multi-employer plans.

Both groups have been engaged in a series of point-counterpoint exchanges since June, 2017. MPS recently expressed their frustration with what they define as a lack of transparency about what they believe are excessive expenses and exceptionally low investment returns.

Along with all Plan trustees, they have singled out AFM President, Ray Hair of refusing to respond to questions about accountability and whether the AFM-EPF has spent resources on lobbying for legislation that would allow Trustees to cut pension benefits below current levels.

Based on the current trajectory, a showdown over accountability seems inevitable.

From an employer’s perspective, this is more than an internal conflict.

First and foremost, each employer that contributes to the Plan should take the time to review the AFM-EPFs complete rehabilitation plan (last updated 6/27/2016). Be sure to scrutinize sections VI. Employer Contribution Increases, VII. Employer Surcharges, and X. Delinquent Employer Contributions/Withdrawal From The Plan.

Download the most recent copy of the rehabilitation plan.