One major development we missed last week amid the orchestra compensation reports was the class-action lawsuit filed against a host of defendants associated with the American Federation of Musicians & Employers’ Pension Fund (AMF-EPF).

Filed in the U.S. District Court in Manhattan, the suit brings action against the defendants for “for breach of fiduciary duties and other violations of the Employee Retirement Income Security Act (“ERISA”), 29 U.S.C. § 1001, et seq.”

Plaintiffs, Andrew Snitzer (“Snitzer”) and Paul Livant (“Livant”) ( collectively, “Plaintiffs”), individually and as representatives of a class of participants and beneficiaries (collectively, “participants” or the “Class”) of the American Federation of Musicians and Employers’ Pension Plan (the “AFME Plan” or the “Plan”), bring this action under 29 U.S.C. § 1132 on behalf of the Plan, against Defendants, the Board of Trustees of the American Federation of Musicians and Employers’ Pension Fund (“Board of Trustees”), the Investment Committee of the Board of Trustees, Raymond M. Hair; Jr.; Augustino Gagliardi; Gary Matts; William Moriarity; Brian F. Rood; Laura Ross; Vince Trombetta; Phillip E. Yao; Christopher J. G. Brockmeyer; Michael DeMartini; Andrea Finkelstein; Elliot H. Greene; Robert W. Johnson; Alan H. Raphael; Jeffrey Ruthizer; Bill Thomas; Maureen B. Kilkelly; and Does 1-6 (collectively, “Defendants”) for breach of fiduciary duties and other violations of the Employee Retirement Income Security Act (“ERISA”), 29 U.S.C. § 1001, et seq. 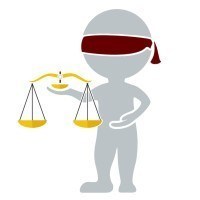 Among the suit’s awards are the following highlights (p.64-65):

It’s worth pointing out that this lawsuit is mutually exclusive efforts from Musicians For Pension Security (MPS), a watchdog group led by a group of current AFM members.

That organization released a statement on 8/2/2017 acknowledging the lawsuit along with confirming their commitment to efforts that will produce results in less time than lawsuit.

MPS applauds any effort to hold plan trustees accountable for their performance and transparency failures. However, the litigation process could take years to unfold, and during this time the trustees will be deciding the fate of our plan. In the next few years, they will determine if the plan will move into critical and declining status, and whether or not to file an application to the US Treasury for cuts to our pension benefits. We cannot let the lawsuit distract us from the key task of protecting our pension benefits.

While holding AFM-EPF trustees accountable is laudable, MPS remains focused on how plan participants can have a greater influence right now. We have retained our own independent actuary to provide a second opinion concerning the finances of our fund. MPS will continue to engage with policymakers in Washington to find solutions in plan participants’ best interests.

AFM-EPF fund managers have denied any mismanagement and assert the Plan’s performance is the result of outside economic factors. In a statement to an article by David Robb in the 7/24/17 edition of deadline.com, Maureen Kilkelly, the Plan’s executive director, provided an “it’s beyond my control” account.

“Many multiemployer pension plans across the nation are struggling with a similar ‘perfect storm’ of challenging factors. These include the volume of Baby Boomers taking retirement; more benefits being paid out to retirees and beneficiaries than contributions coming in from actives; and significantly longer pay-outs because participants are thankfully living longer.

[We] have responded prudently to all challenges and have consistently based their decisions on the counsel of proven investment advisors and actuaries. We will vigorously contest this lawsuit, and expect to prevail. Our focus will continue to be on doing everything we can to preserve the hard-earned benefits of our participants and beneficiaries.”