The 2/13/18 edition of the Indianapolis Business Journal has an article by Lindsey Erdody following up on an issue at the Indianapolis Symphony Orchestra (ISO) involving a former principal musician’s lawsuit that alleged age discrimination and harassment. 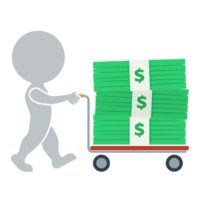 A key element of the allegations stems from the music director’s methods for implementing peer review, the process under which a musician employee may be terminated for artistic reasons. Although the process varies from one orchestra to the next they are almost always spelled out with exacting language.

I’ve often proposed to colleagues and clients that at least half of these situations could have been avoided if the employer required music directors to subscribe to an onboarding process that included demonstrating applicable knowledge of the collective bargaining agreement at all points of contact between his/her position and musician employees. This process needs to include a refresher and updating cycle the coincides with each term renewal.

In English, the music director needs to affirm in writing that s/he has read and understands these clauses and agrees to abide by them.

Professionally speaking, I would love to design and implement a program that spot checks music directors knowledge of their orchestra’s peer review process. Given what most of these settlements end up costing organizations, the program would be a fantastic return on investment for the orchestras and in the end, it would go a long way toward improving the employer/employee end of the music director/musician relationship.

Personally, I think it would also make a fabulous reality television series, but that’s probably the last thing anyone needs at this point in time.

But on a more serious note, this sort of process would enable the orchestra to engage in salary clawback efforts if their music director goes rogue.

In more genteel legalese, salary clawbacks are usually referred to as executive compensation recoupment policies and they tend to focus on issues related to breach of duties and gross misconduct, both of which cover a lot of ground.

Having said that, it’s not unusual to see them laid out with very specific qualifying circumstances such as sexual harassment, violating no-compete provisions, criminal misconduct, etc.