Just when I thought my day would be filled with nothing but mind-numbing quantitative tasks, Joe Patti comes along and makes me think. Case in point, he published a fascinating post yesterday examining the value of Arts and Culture to society. Specifically, he pushes back against the what has arguably become one of the cornerstones in valuation conversations: economic impact.

[British philosopher, Dr. Julian Baggini] cautions that even framing the arts in terms of their health benefits or ability to stimulate important neurological centers in the brain represents a trap because it doesn’t allow for the arts to have value in and of itself. This framework uses health benefits to justify the existence of arts and culture.

He says the ultimate goal should be the creation of a more civilized society. In that context, economic growth and technology are instruments toward the goal rather than being the goals. 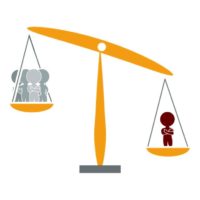 This is so very on the mark. While economic impact studies have a place in the larger discussion, they shouldn’t be the end-all/be-all of the conversation.

It made me think of the work my wife is doing with her nonprofit, Arts Capacity, that brings live music to prisons. Their programs focus on inmate benefits in the form of “promoting the arts for its ability to re-humanize, restore, and reconcile persons living in stressful and de-humanizing conditions.”

That fits in nicely with Baggini’s view of culture contributing to a more civilized society.

When faced with wearing economic impact blinders or operating in the vacuum of a means to its own artistic-only ends, I’ll take the path Baggini lays out any day of the week.

X
Levine Recordings: Should We, Shouldn’t We?…CommentaryOver the weekend, a pair of EU based media outlets reported that Sirius XM's Met Opera Radio channel has removed all recordings conducted by James Lev…

451 min
X
Love For Three LogosCommentaryJust because we're in a music related field doesn't mean we should skimp on graphic design. To that end, one of my favorite rabbit holes to lose time …