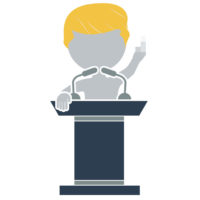 “The Trump Administration needs to reform and cut spending dramatically, and targeting waste like the National Endowment for the Arts and National Endowment for the Humanities would be a good first step in showing that the Trump Administration is serious about radically reforming the federal budget,” said Brian Darling, a former aide to [Sen. Rand Paul (R-Ky.)] and a former staffer at the Heritage Foundation.

The administration also plans to eliminate funding for the Corporation for Public Broadcasting and force it to become privatized.

If that weren’t enough, there are plenty of cuts to other departments and programs that often support and/or complement mission driven activity for performing arts organizations.

Clearly, if your organization has an active and effective Government Affairs committee, this is precisely the time to leverage its influence. If you don’t, then you have one more reason why it is something you should have established years ago; fortunately, it’s never too late to start.

For now, you should begin reaching out to your respective representatives in Congress.

Visit The Performing Arts Alliance’s Advocacy Issue Center to find your Federal officials and call them to insist that they resist any effort to eliminate the National Endowment for the Arts (NEA) and National Endowment for the Humanities. Also, encourage them to issue public statements reinforcing the reality that nonprofit performing arts exists in large part due to large individual donors so any cuts or eliminations need to be paired with incentives for increased giving.

Fortunately, the field has survived worse storms but that doesn’t mean you should sit back on do nothing. Get active, participate, and push back.

1 thought on “Trump On The Arts & Humanities: You’re Nothing But Waste”