It is important to remember that the numbers shown do not always convey a complete compensation picture. For example, an executive director may have had a large increase in salary due to a severance or deferred compensation package owed when the position was vacated. Additionally, the documents used to gather figures do not indicate how much of the season an individual received a salary. As such, the cumulative compensation may artificially inflate annual earnings.

Conversely, reported figures may not reflect bonuses or other incentive payments, therefore underreporting what executives may actually earn. As such, the cumulative compensation executives may differ from what is listed. 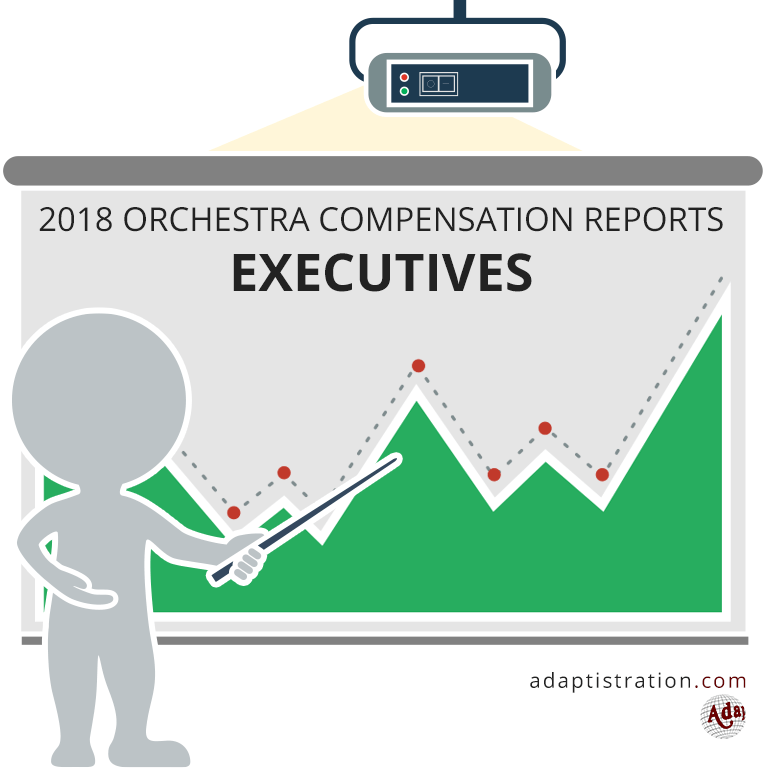 In addition to the larger than normal number of vacancies at the higher end of the pay scale, 12 out of 65 orchestras in the 2018 review did not have an executive who served a full season or had an interim CEO. That’s the largest number of gaps in a single season since we started tracking the figures in the 1999/00 season.

In last year’s report we saw one of the largest golden parachutes the field has seen in the form of Minnesota Orchestra paying their outgoing President & CEO, Michael Henson, a whopping $1,048,686 total compensation package.

That payout included $404,987 paid as “Other Reportable Compensation,” which can be reasonably deduced as part of his overall severance package.

As it turns out, that was just the beginning.

According to the Minnesota Orchestra’s 2015/16 filing, the organization paid Henson an additional $546,703. Schedule J, Part II, B.iii. lists $523,483 as “Other Reportable Compensation” plus an additional $22,220 reported in Column D as nontaxable benefits.