If you aren’t already familiar with tubist Sam Pilafian, you have a wonderful journey ahead of you. Sam was among the first generation of musicians responsible for moving the tuba out of its traditional supporting role and into the stature it deserved. 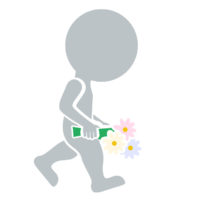 Sadly, Sam passed away over the weekend. Not only was he a musical pioneer, but thanks to his instrument of choice, he was among the early musicians who mastered what conservatories and schools of music now call entrepreneurship.

Sam didn’t follow the career path of a typical tubist. Instead of holding an orchestral position and reaching out into other projects only when time permitted, he rolled the dice and dove into the latter head first. The risk paid off and Sam became a legend in the brass community as a member of the Empire Brass Quintet.

As an entrepreneurial musician, Sam was plugged into several additional outlets. He was a long-time member of Summit Brass and can be found on recordings that span the range of the Boston Symphony Orchestra, New York Philharmonic Orchestra to the Duke Ellington Orchestra and Pink Floyd.

He was also among the first tubists to release a solo album, Travelin’ Light. And then there are all the legendary recordings from the Empire Brass.

You have hours and hours of listening ahead of you.

What’s more, Sam was one hell of a good human being. Just do a search on Facebook for his name and you’ll find a flood of posts memorializing his work. One of the most touching is from his former Empire Brass colleague, Jeffrey Curnow.

It was the summer of 1992 and the Empire Brass was in the middle of recording "Empire Brass on Broadway", a collection…

Fortunately, there’s a record of Sam’s work as an entrepreneurial musician thanks to Andrew Hitz’s wonderful The Entrepreneurial Musician podcast. Andrew interviewed Sam in 2016 for a pair of podcasts and each are a wonderful peek behind the curtain of a musical life that took a path less traveled. Here’s the first of those episodes: