According to an article by David Hendricks in the 7/19/2017 edition of the San Antonio Express-News, the Symphony Society of San Antonio (SSSA), which operates the San Antonio Symphony (SAS), will dissolve at the end of August, 2017. But here’s where things get unusual: a new 501(c)3 has announced they will replace the SSSA. 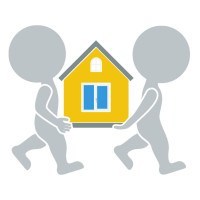 This sort of mission handoff from one nonprofit to another is highly irregular inside the field.

Although there are plenty of examples of orchestras shuttering operations only to be replaced by a new organization, those are almost always defined by the original organization filing Chapter 7 (liquidation) bankruptcy.  In some cases, the replacement orchestra appears very quickly, such as the case where the Colorado Springs Symphony Orchestra shut down in 2004 but the replacement organization, the Colorado Springs Philharmonic Orchestra, was already formed before its predecessor closed shop.

In that case, both organizations jockeyed over issues related to assets and this is where questions arise via the San Antonio situation.

Shutting down a nonprofit the size of the SAS is no a small task. There are regulations in place that govern what the Internal Revenue Service defines as a “liquidation, dissolution, termination, or substantial contraction.”

Long story short, there’s a lot that goes into the process.

For now, the person running the new SMSA board is also the current Tobin Endowment Chairman J. Bruce Bugg (the Tobin Center for the Arts is the SAS’s primary venue).

Buggs was quoted in the Express-News article saying the SMSA “is in ‘a hurry up offense’ to create a new board, plus a community advisory board, to oversee the upcoming concert season, Bugg told Express-News editors.”

To recap, the new organization does not have a full board (one member is serving as board vice president, treasurer, and secretary), no community representative involvement, and assuming the musicians do not contest anything, they anticipate completing a new CBA all within the space of six weeks…more or less.

One thing the new group apparently does has squared away is buy-in from SAS music director Sebastian Lang-Lessing.

The new organization has a goal to operate the already-planned 2017-18 season under conductor Sebastian Lang-Lessing that starts with a special concert Sept. 16.

Setting aside having the music director on board, much of the SMSA’s plan for success hinges on securing a new master agreement. A bitter labor dispute could end the organization before it begins and given the unique nature of this entire situation, it will be interesting to see how the stakeholders approach the process.