For a number of these orchestras, the 2018/19 season marks the end of their existing collective bargaining agreement (CBA). In each of those instances, the outcomes will have a large impact on what many orchestra musicians consider their organization’s ability to compete for the best on-stage talent.

We’ve been tracking these values since the 2009/10 season and at the time this installment was published, one orchestra, the Chicago Symphony Orchestra (CSO), endured a two-month work stoppage over disagreements on base musician compensation and pension.

When the dust settled, even though the CSO neither lost nor gained any ground over historical rates of increases, they lost their defined benefit pension for incoming musicians.

Consequently, this will put the organization in a far less competitive position compared to their closest base musician compensation peers in New York and Boston. Compared to all eight orchestras in this list, the CSO is now likely closer in total compensation value to Cleveland and Philadelphia, both of which removed their defined benefit pension for incoming musicians several years prior. 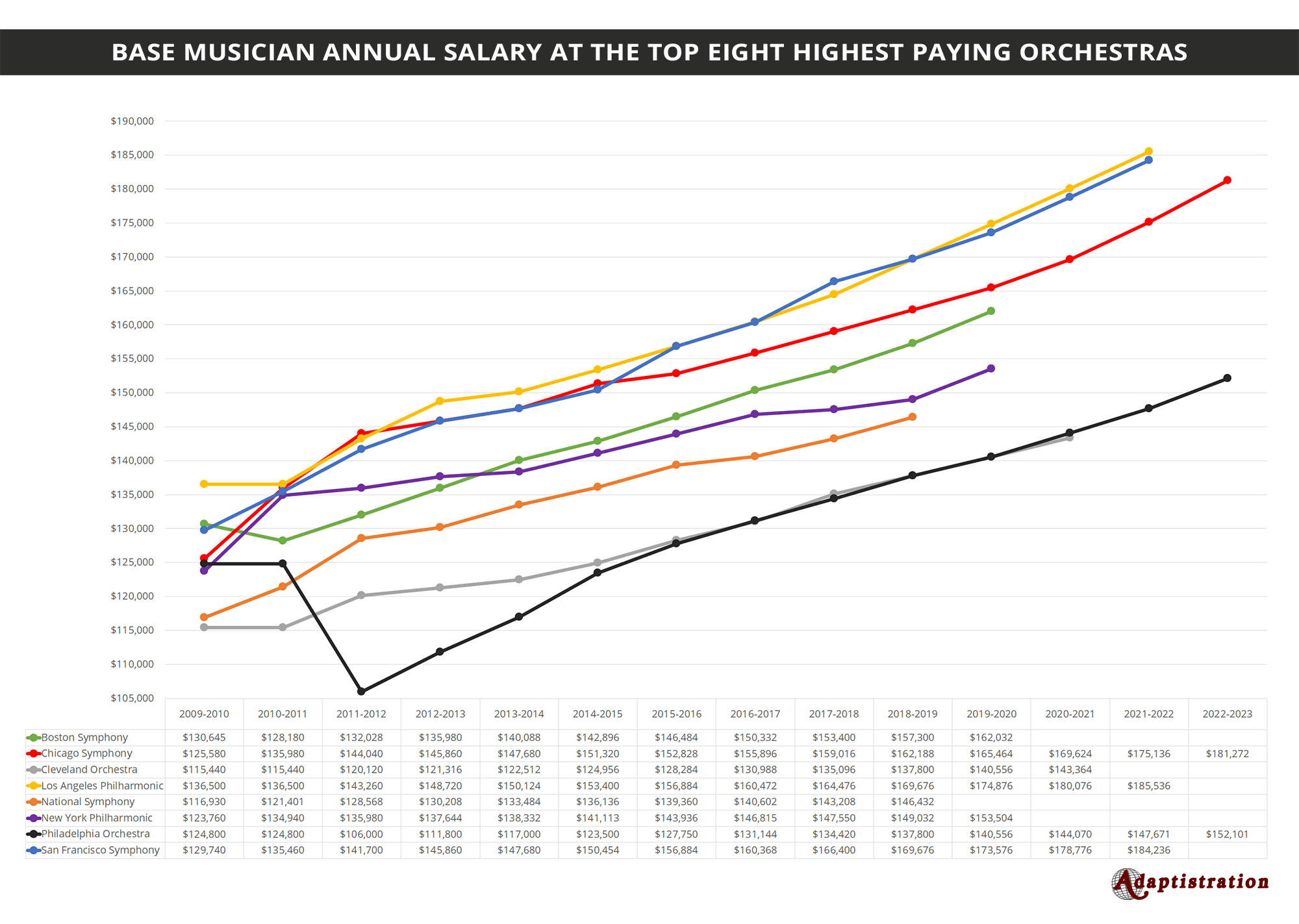 Here are the items from the 2018 overview we wanted to keep an eye on.

What are you curious to know?

X
#TBT Time To Bone Up On Musician CompensationMusician IssuesNow that we have the settlement numbers from Chicago, Cleveland, Philly, and San Francisco, we're just about ready to see how all of those figures imp…

1022 min
X
#TBT Beware of the “Music Police”Guest PostsAs a follow-up to the 5/20/19 article about whether orchestra music librarians should be in the collective bargaining agreement, I want to reach way b…