It didn’t take long for labor tensions at the Grand Teton Music Festival (GTMF) to go from “them’s fightin’ words” to “this town ain’t big enough for the both of us.” 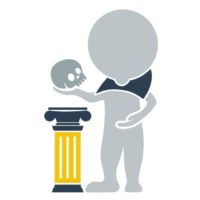 If you’re just getting caught up, here’s a recap:

The latest development was reported in the 12/12/19 edition of the Jackson Hole News and Guide in an article written by Billy Arnold. It highlighted a letter from the musicians’ committee demanding Todd’s ouster or the orchestra musicians “will not return to the festival in 2020.”

As an interesting aside, this is particularly fascinating in that during our previous examination of this issue, an exchange I had with a reader in the comment thread pointed out the GTMF is not a union orchestra. As a result, the musicians run an increased risk of being dismissed without due process.

However, if they were unionized, they wouldn’t have as easy of a time formally calling for an employee’s termination. This is why you see unionized musicians go so far as to take votes of no confidence in executive leaders.

Back at the ranch, it’s worth pointing out that a key group of former GTMF board leaders are planning to send a follow-up letter to the current board reminding them they still want Todd gone. That group includes eight former GTMF board chairs along with former US Senator and GTMF Director (1986-1998) Alan K. Simpson.

According to Arnold’s article, the musicians’ committee surveyed their membership with an eye toward expediency.

In its statement the Players’ Committee claims the entire orchestra is unified, a stance calculated by an “opt out” poll of its 230 or so members. That poll asked musicians to let the committee know if they opposed the stance taken; the de facto stance was consent.

In English, that means the committee asked their colleagues if they would not return unless Todd was removed. If a musician didn’t reply to the query, it was presumed they supported the measure.

As added gravitas, the musicians asserted that Runnicles communicated to them he will not return for the 2020 summer festival if Todd remains.

As of now, Runnicles intent is unconfirmed.

In the end, the musicians could be taking an enormous risk if, in their zeal, they end up doing the very thing that incensed Runnicles to begin with: misrepresent his position to the GTMF board.

Having said that, if Runnicles does intend to forego the 2020 festival if Todd remains, then the GTMF board may learn the hard way that decisions are not always the same thing as resolution.

The likelihood of the festival fielding a new music director of Runnicles’ caliber are slim and there’s even less likelihood they could secure new musicians.

We may not have to wait long for an outcome as the GTMF board is set to meet today. Stay tuned.