Although the 2006/07 season didn’t bestow the average ICSOM music director with outlandish improvements in compensation, many of these stakeholders managed to set all time high compensation levels at his/her respective organization. Moreover, one conductor set a new record for the entire field with an annual compensation totaling nearly $3,000,000…

In order to provide information that is as accurate as possible, data from the 2006/07 season is gathered from the following sources:

To date, each year of the Orchestra Compensation Report has provided overall increases and/or decreases in average compensation; however, those figures don’t provide an entirely accurate picture. For example, factoring in compensation data from orchestras that did not pay a music director for an entire season or paid an incoming and outgoing music director in the same season can easily skew that average up or down. As such, this year’s report introduces the average change in compensation from one season to the next using “real averages,” which are based on figures that filter out incomplete compensation records.

Consequently, when the real average filters are applied to all music director compensation figures for the 2006/07 season, the data indicates that the average conductor serving a full season of employment experienced an average increase in compensation that was nearly twice as high as the overall average (although still below a full percentage point), as illustrated in the chart below. 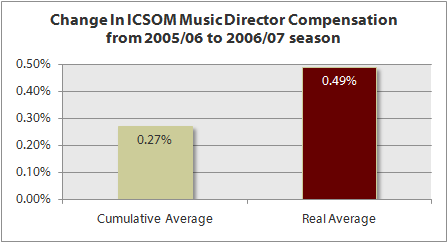 Now More Than Ever

Perhaps unsurprisingly, the debate over the validity of music director compensation levels won’t end anytime soon. At the same time, many arguments for and against those levels is sound but given the financial condition of many orchestras, two items worth heightened consideration stand out more than ever: 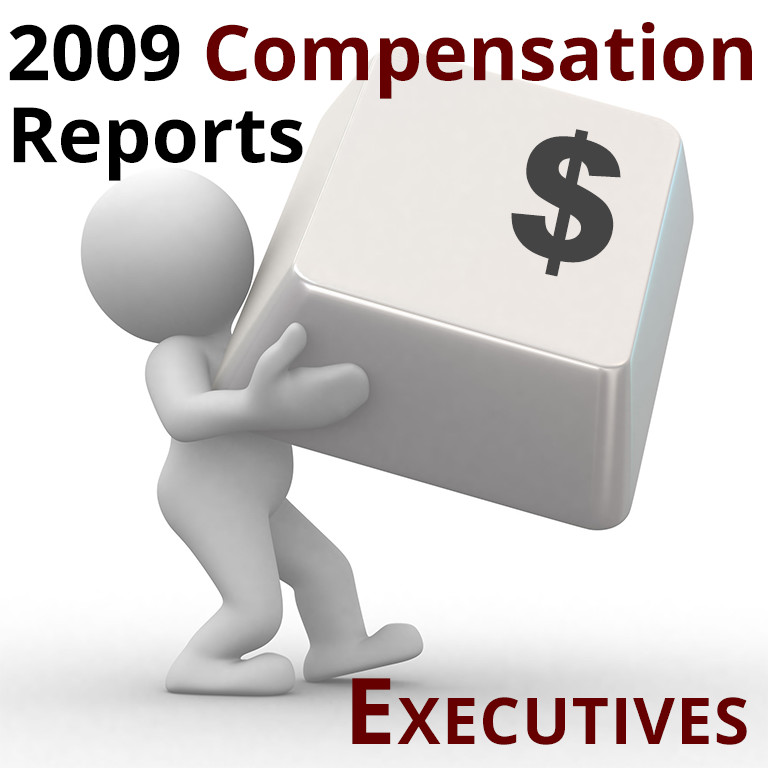