Inspired by furniture retailing giant IKEA, Holly Mulcahy posted an article over at Neo Classical about the potential merits of orchestras incorporating child edu-care centers along the same lines as IKEA’s Smaland centers. For those unfamiliar, Smaland is a supervised play area where parents can leave children while they wallow in me-centric shopping time. She makes a number of compelling observations but are the enormous logistical hurdles and expense worth potential gains? 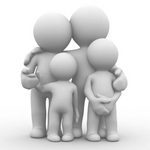 After giving this some thought, I’ve broken down key discussion points into the following sections:

Mulcahy asserts that creating child care services staffed by “certified care givers who also have music education training” offered to patrons free of charge will help attract the increasingly elusive 30-50 demographic while simultaneously instilling an appreciation for classical music in their children. The result would be an increase in current attendance rates while making it easier (and less costly) to attract audiences 20 years from now.

On one hand, there’s an ongoing debate within the business about whether or not 30-50 year olds have ever attended concerts in great numbers to begin with but it is generally accepted that people with young children are less likely to attend live events than their childless peers. What needs to be determined is whether or not there’s enough potential interest in the 30-50 with young children segment to make an endeavor like this worthwhile. If a properly designed and implemented study confirms verifiable interest, then it makes it that much easier to find funding for a pilot program.

Then There’s The Cost

Big and bold ideas don’t fare well during economic downturns. I can almost hear finance and development officers causing a stir in response to the enormous amount of planning and fundraising needed to initiate something like this. Fortunately, any organization interested in exploring options won’t have to go so far as reinventing the wheel to get started.

Here in Chicago, the Brookfield Zoo has the Hamill Family Play Zoo, which does an amazing job at embodying the merits of cultivating interest in mission based activity at a young age. I’ve seen the facility in action first hand on several occasions and regardless of overall zoo attendance, the building is always full. The zoo aims to teach children everything about their mission “by doing, rather than communicating scientific concepts or facts.”

And they do mean everything, in addition to a play animal nursery and vet center, there’s even an area where kids can play zoo administrator in a room complete with child size leather high-back executive chairs and an oak desk (do kids really aspire to become a suit?).

Granted, one large difference between Brookfield’s program and IKEA’s Smaland is that the former requires parents to remain with children in the facility and it isn’t a free offering. But finding a way to merge both ideas is a comparatively small puzzle to solve.

An undeniable ugly reality is that most professional orchestras don’t own and operate their primary concert venue, which might stop an idea like this dead in its tracks. But even in cases like this, the old adage of turning lemons into lemonade might apply when you start to look at the endeavor as a partnership opportunity.

Instead of an edu-care center focusing exclusively on music, why not expand it to include all forms of performing art associated with the area’s primary performance venue? If a community has a well established arts council, a project like this would be an ideal undertaking and would certainly relieve much of the logistical pressure from any one organization.

Another avenue that might relieve pressure and open doors for improved partnerships is via the academic community.

One of the real positives here relates to artistic planning. It’s entirely conceivable to create a small concert series designed to attract this new demographic. By incorporating many of the earlier start times and shorter concert length formats a number of groups have adopted, it is fairly easy to craft an attractive subscription series.

What might be particularly attractive here is something like this allows programming to step outside of the typical family concert fare. So instead of indoctrinating mom and dad newbies to something their children will have to enjoy, they get to enjoy being adults and revel in everything that has made the live orchestra experience a great event for more than 100 years without the burden of babysitters and worrying about getting home in time because of traffic.

Undoubtedly, a project like this is no small task but looking back over the past decade, it seems to have more promise than a number of expensive audience development initiatives that did little more than waste money. At the very least, a worthwhile pilot program consisting of adequate market research, program design, initial fundraising, implementation, and continuous benchmarking is a five year investment.

Given all the focus on articulating an orchestra’s value to its respective community, this is certainly something that is worth exploring. If we have to wait a few years until the economy stabilizes before someone can initiate something like this, it’s still worth the wait.

4 thoughts on “The Pros And Cons Of Cultural Edu-Care”

X
Join The RSS LoveFeaturedFor reasons yet to be determined, Adaptistration has enjoyed a nice spike in RSS feed subscriptions over the past few weeks. This heady leap made me r…

The Pros And Cons Of Cultural Edu-Care