On 6/22/2010, Marc van Bree published a blog post at Dutch Perspective that caught my attention. He examines what were apparently topics of paramount discussion at the recent League Conference. Marc provides all sorts of reference links but I have to admit I didn’t’ take the time to read any of it as his post was sufficiently engaging. What really caught my attention was Marc’s focus on process, a subject near and dear to my administrator’s heart… 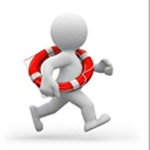 Marc writes “My problem with discussions about purpose, relevance is that they are too abstract to facilitate real change.” Marc continues by challenging some very popular notions throughout the field such as Purpose, Change, Structure, and Relevance. Apparently, these topics were ranked at the recent League conference in order of importance and the most popular item was Relevance followed by Purpose and Change with Structure trailing them all by a larger margin.

It seems ultimately self-defeating that the premier service organization for the orchestra field would allocate so much time and energy toward topics determined by participants when the process used to gather that feedback seems flawed. In particular, there’s no indication that input into framing the discussion was truly representative of the field’s stakeholders (if anyone knows for certain, I’d love to know more about it).

Let’s be realistic. What sort of reaction would you expect from managers and board members if the musicians’ unions and player conferences conducted a similar exercise without input from any other stakeholders and had sincere expectations on those results impacting the field?

Here’s another way to look at why this is a flawed process. After releasing the results from my “Should Orchestra Musicians leave The AFM?” poll, orchestra musician and all around union guy Robert Levine posted a reply at his blog pointing out that although polls can be entertaining, “they tend to suffer from inherent methodological issues chief amongst them that the respondees are 1) self-selected; and 2) not necessarily unique individuals.”

At the same time, the poll results were never presented in a way that suggested they should be used by the AFM or player conferences as a lone resource for decisions. Simply put, the poll was fun and made readers think. If we really want to startle the sacred cows in this business (I’m not fond of wholesale slaughter), then that was a pretty good question to ask.

Purpose, Change, Structure, and Relevance are certainly worthwhile topics for discussion but in order to have any meaningful discussion, they require a comprehensive cross section of participation from the field’s major stakeholders. As such, it seems surprising that the League conference would spend so much time and effort focusing on topics that could have a major impact on any performing arts organization’s strategic decision making process in an environment that, at best, is more social than practical.

Moreover, getting back to Marc’s points regarding practicality, another aspect that seems to be escaping much of the discussion going on about this point is the enormous amount of research and resources it would take to implement even a small portion of all the new ideas floating around. During any period defined in part by crisis, it is important to resist the temptation to swing blindly in hopes of making a connection. It might feel like you’re getting something accomplished but in the end, you’re just tiring yourself out faster.

Ultimately, Marc endorses practicality as a guiding principle when approaching these topics and I wholeheartedly agree. Otherwise, save these discussions for dinner party conversations (imagine that guest list).

6 thoughts on “Look Before You Leap”

X
A New AFM President And Why You Should CareFeaturedFollowing yesterday's National Convention election, Tom Lee has been replaced by Ray Hair (president of Dallas Local 72-147) as president of the Ameri…

Look Before You Leap