The 5/8/2011 edition of the Philadelphia Inquirer published an extensive article by Peter Dobrin which takes a very hard look at the Philadelphia Orchestra Association (POA) bankruptcy filing in a much broader sense than we’ve seen elsewhere to date. In particular, issues of accountability are brought to light…

In the opening paragraphs, Dobrin talks about the tenuous nature of the ensemble.

The Philadelphia Orchestra is among the best ensembles anywhere, and if it becomes a lesser version of itself – in terms of its uniquely saturated sound, the quality of individual players, or its artistic drive – it’s probably not coming back. A great orchestra is a rare and perishable thing. It takes decades to make, just months to ruin.

Regular Adaptistration readers will certainly find this passage familiar as it is precisely the same concept we’ve been examining for years whenever a labor dispute crops up, but we call it the The Fragile Powerhouse syndrome. And Dobrin is correct in asserting that even institutions like the POA aren’t excluded.

Dobrin also hits the nail on the head when he declares that the bankruptcy is merely an extension of labor negotiations; in fact, I would expand on that to say it encompasses the whole of labor relations, of which negotiations are a single component.

It seems clear at this juncture that the POA has been pushing for bankruptcy as the result of a series of financial obligations, all of which were the result of executive decision making in previous leadership cycles. In particular, fixed expenses related to the Kimmel Center and Academy of Music venues, Peter Nero and the Philly Pops, and the musicians’ pension obligations. 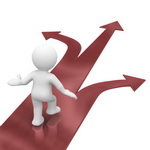 Each one of those items was conceived and implemented under the leadership of former executive administrator Joe Kluger. And although not part of the bankruptcy filing, you can certainly toss the underwhelming performance from the Ondine recording label, which the group once heralded as a “unique and groundbreaking partnership” to bring the “Philadelphia Sound” back to the record market, into that pile.

To date, we have yet to hear from the POA about any sort of internal examination related to whether or not the current leadership considered the impact of business decisions made by board leaders and Kluger during that tenure as it applied to their bankruptcy deliberation.

But what we’re really talking about here is accountability.

Dobrin’s article dives into these issues with the current leadership but in addition to that necessary evaluation; it could behoove the organization to consider whether or not those business decisions, and related processes, were deficient enough to justify a straightforward change in leadership strategy as the foundation of an alternative solution to bankruptcy.

At the same time, the POA may have a second chance to revisit these issues if the bankruptcy judge denies their requests. In the meantime, Dobrin outlined a comprehensive list of current leadership deficiencies.

Then, there are the staffing troubles. A skeleton crew of just over 40 members – absent vice presidents for marketing and development, at a time when both areas have lagged – has been holding the place together for too long. Allison Vulgamore’s two-year contract as president is up in January. Is she the best face for the organization as it enters its seeking-friends phase?

In several instances, she has not excelled. Donors and board members complain that she has made appointments for meetings and then canceled, never to be heard from again. An open-air simulcast of the season’s opening-night concert, designed to attract a younger crowd at the Piazza at Schmidts in Northern Liberties, was a flop, drawing only a handful of listeners. Materials for the 2011-12 season were sent out with incorrect pricing, angering subscribers.

Vulgamore has been generous in assessing blame on the orchestra for past failings, but she has been in the job for 16 months, and at some point, if there’s a mess, she owns it, along with the board.

I couldn’t agree more with Dobrin’s final assessment and would add to that my additional points about extended accountability. In my TEDx talk last Saturday, I covered the issue of accountability and how it impacts labor relations. This is what I had to say:

It’s difficult to get over the idea that sometimes accountability means a referendum on you; but sometimes, that’s the way the process unfolds. But I prefer to look at accountability as the driving force that maintains a commitment to ethics and values. As a field, the arts contribute to society not only through our mission statements, but through the exemplary way we conduct business that has little to no third party oversight. And the first step in that process is being accountable to each another.

I’d like to believe that the situation unfolding at the POA hasn’t crossed a point of no return. In fact, I think they can quickly change course and achieve what they’re looking for without the need for bankruptcy by adopting the sort of accountability I presented at TEDx.

That may not be particularly palpable for some stakeholders but it is certainly worth exploring.

0 thoughts on “Looking Back To Move Forward In Philadelphia”

Looking Back To Move Forward In Philadelphia

343 min
Labor Relations And The Arts