Ever since the Denver Post published the opinion piece written by former Colorado Symphony Orchestra (CSO) board members, Heather K. Miller and Bruce Clinton, there appears to be a growing conflict between the paper’s editorial board and the current CSO board leadership. 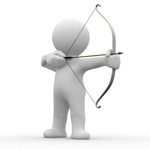 First up was an editorial published by The Denver Post on 12/3/2011 titled Turn the page to save symphony; The CSO must shed a burdensome labor contract with too many fixed costs and too little flexibility. The title pretty much sums up the tone and attitude of the piece but just in case anyone was unclear on the Post’s editorial board’s perspective, they made it painfully clear in the opening passages.

If musicians with the Colorado Symphony Orchestra won’t do more to help the institution thrive, why should anyone else?

In fact, might it be better for the music to run out on the current model in order for a new one to emerge in its place?

The blunt assessment comes after the symphony has hit a series of sour notes.

Set aside for a moment that a pair of questions isn’t actually an assessment but there’s no mistaking the conclusion that the Post feels that the CSO musicians are to blame for their current financial woes and they should be hung out to dry if need be.

The piece goes on to poke at current CSO board co-chairs, Jerome (Jerry) and Mary Rossick Kern, along with interim executive, Jim Copenhaver.

More recently we’ve learned that cash from an escrow account that was supposed to be off-limits…was raided.

Two days after the editorial, Jerry and Mary Kern fired back with an equally sharp tinged response.

We read, with disappointment, your editorial in Saturday’s Denver Post. Balance and accuracy are the linchpins of journalism, and both were sadly lacking in your reporting of the Colorado Symphony Orchestra. In fact, your conclusion is based on gross misrepresentation of the events and of the timeline.

The Kerns’ certainly come out swinging and apparently mindful of the Golden Rule, they punctuate their letter with a pointed jab at the paper’s journalistic integrity (not to mention what they perceive as the former board members’ failure).

Finally, we find it strange that The Denver Post didn’t reach out to the current leadership before printing its conclusion. Instead it seemingly relied on information being disseminated by the people who couldn’t get the job done.

We are prepared to meet with you to discuss the matter in more detail.

At the time this article was published, the Kerns’ letter has not been published by the Denver Post as an op-ed piece, but a copy was made available at the Save the Colorado Symphony Orchestra Facebook page.

For those of you who aren’t on Facebook, here’s an unedited copy of the letter.

We read, with disappointment, your editorial in Saturday’s Denver Post. Balance and accuracy are the linchpins of journalism, and both were sadly lacking in your reporting of the Colorado Symphony Orchestra. In fact, your conclusion is based on gross misrepresentation of the events and of the timeline.

It is true that the CSO ran a deficit of $1.2 million in fiscal 2010-11. It also ran deficits in the two prior fiscal years. All those deficits were concealed with financial manipulation and were incurred despite great financial sacrifices by the musicians. To cover up the problems, prior management invaded the escrow account in fiscal 2011. The decision of Opera Colorado to not use the orchestra this year was because it was concerned about the “financial stability of the symphony,” not because an alternative was cheaper. All of these events occurred under the Board and management who abandoned the organization when 25 board members resigned. That group failed to meet a single budget and alienated the musicians and many of the constituents of the support community.

The problems, epitomized by the departure of these board members, were caused by a failure of leadership and a complete lack of fiscal responsibility. The trustees have both a legal and a moral responsibility to the stakeholders, in this case the community, to monitor the activities of the organization and to protect it from harm. If they believed that the organization couldn’t survive, they had an obligation to fix it or tank it. They had the power. They walked out the door.

Yes, the orchestra has high fixed costs. That’s the business model of any team of highly talented and trained individuals. Think Broncos, Nuggets and Avalanche. Is the contract under which the orchestra operates efficient and flexible enough for an orchestra in the 21st century? That is precisely what the transition team, current Board and musicians are addressing. The orchestra needs to utilize the time of the musicians more efficiently, in different configurations and in more diverse venues than it currently does and the business plan and contract which have been developed in collaboration with the musicians provides for all of that. We intend to release our new business plan and execute the new contract before the end of the month.

Finally, we find it strange that The Denver Post didn’t reach out to the current leadership before printing its conclusion. Instead it seemingly relied on information being disseminated by the people who couldn’t get the job done.

We are prepared to meet with you to discuss the matter in more detail.

X
A Quick Thanksgiving NoteCurrent EventsI hope everyone will have the time today to enjoy a safe and relaxing Thanksgiving with family and friends. Something extra to be thankful for if you'…