Recently, the London Symphony Orchestra (LSO) launched a Twitter account that is publishing diary entries from timpanist Charles Turner during the orchestra’s 1912 United States and Canada tour. It has been loads of fun reading the Twitter size excerpts and all things being equal, it seems as though the orchestra is keeping the Tweets synced with actual dates and times from the original tour schedule. 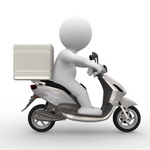 According to the LSO tour blog, they’ve excerpted Tuner’s “best bits” and so far, they’ve been fun to read but the effort would benefit from a few reference materials, such as a copy of the actual tour schedule. Fortunately, there’s a copy of the actual itinerary (h/t Holly Mulcahy) available at a Japanese Geocities account.

But for the sake of convenience, here’s a copy of the 1912 tour schedule and concert programs you can use to cross reference Turner’s tweets:

What makes the 1912 LSO tour even more special is its connection with the sinking of the Titanic. Originally, the LSO was supposed to travel to the US aboard the RMS Titanic but shortly before the onset of the trip, had to change plans and book passage on the SS Baltic. More details and some photos are available at the LSO website plus Holly Mulcahy published a fascinating article about the Titanic musicians that references to the LSO tour (it’s also timely given events unfolding in Louisville).

So kudos to the folks at the LSO, especially whoever came up with the idea for posting Turner’s diary entries in real time via a Twitter account (although it would be nice to have access to the unedited diary entries; just to see what didn’t make the cut). Hopefully, the endeavor will give way to similar efforts from other orchestras.