The 2012 Take A Friend To The Orchestra (TAFTO) program is just around the corner; although it is set to begin on Monday, 4/16/2012 the exact publication schedule is still being determined as we try to balance the need for TAFTO space next to the need for reviewing labor dispute related current events (let’s hope the latter will become a moot point). Nonetheless, 2012 promises to be another fantastic year as we’ve pared down the quantity of contributions so they fill one solid week. 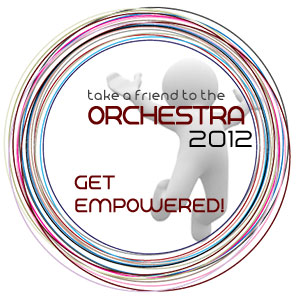 So, between now and the onset of TAFTO contributions, get your empowerment on by organizing your own TAFTO related events via social media or good old fashioned get-togethers and go attend some concerts. I’ll be happy to post notices for anyone’s events, all you have to do is send along the info via email, or get in touch using Facebook or Twitter.

In the meantime, here is the list of 2012’s concentrated contributors:


You can check out seven year’s worth of terrific TAFTO contributions at the official resource site; which has contributions categorized by year, author, type (they aren’t always written word!), as well as the lost contribution. 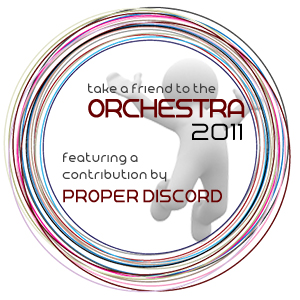 April Is Take A Friend To The Orchestra Month! 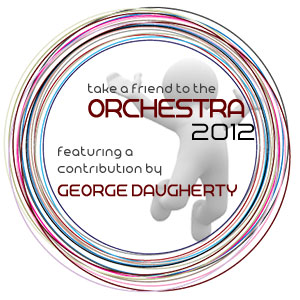